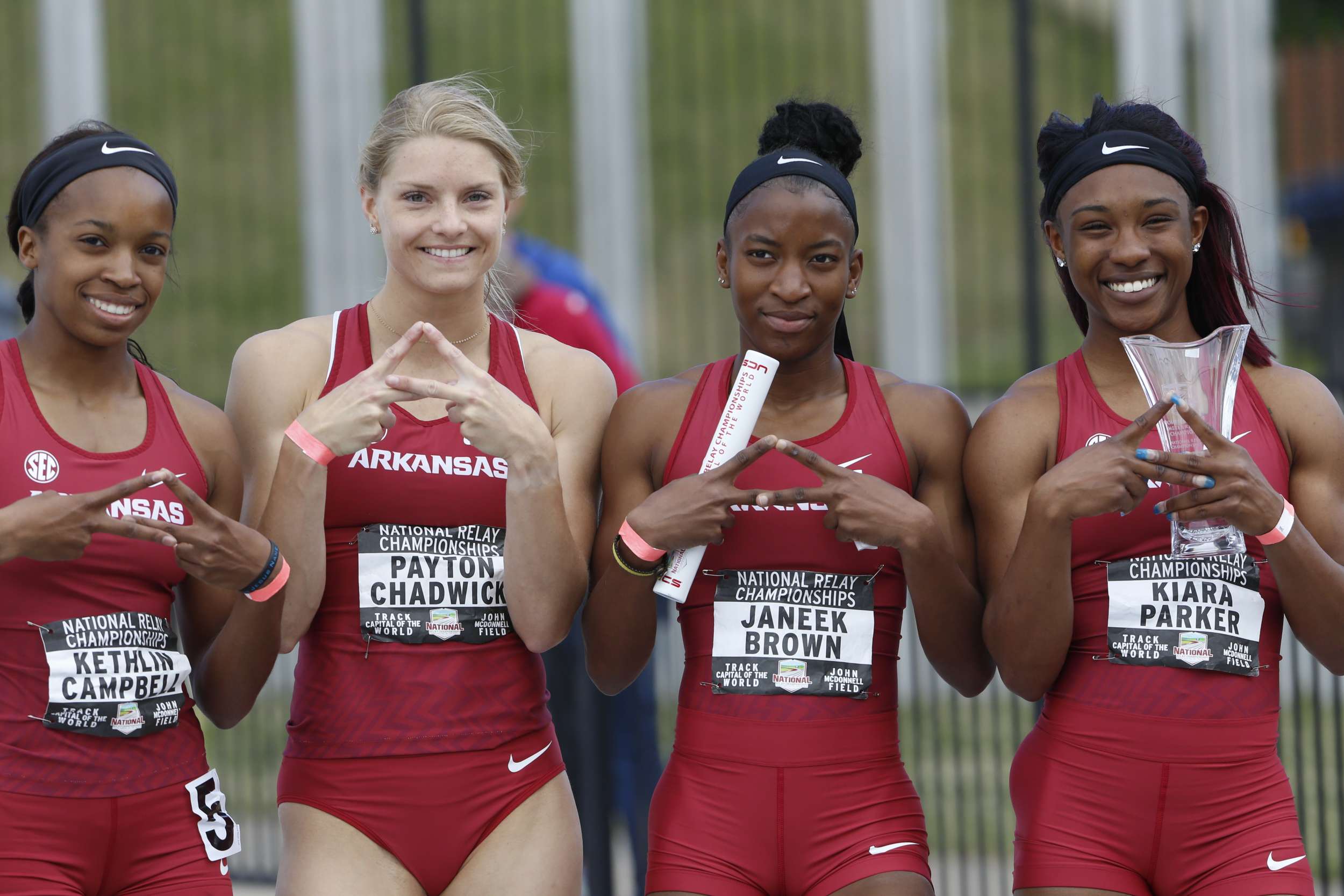 FAYETTEVILLE, Ark. – No. 1 Arkansas captured its first National Relay Championships team title Saturday afternoon as the Razorbacks captured four of the six scored relays including three of the four contested on the final day.

“I think the whole idea was to try to get as much done as we could, stay healthy, and try to get the focus ready for the SEC Championships,” said Harter.

Kiara Parker, Payton Chadwick, Janeek Brown, and Kethlin Campbell opened the meet with a time of  44.35 to win the 4×100-meter relay.

Arkansas returned to the track to win the 4×800-meter relay as Taylor Werner, Lauren Gregory, Quinn Owen, and Carina Viljoen combined to run 8:55.14.

For the first time in John McDonnell Field history, a shuttle hurdle race was run and the Razorbacks took the title running 56.03 seconds. G’Auna Edwards led off, followed by Brown, J’Alyiea Smith, and Chadwick on the anchor.

As is tradition in track & field, the meet was capped with the 4×400-meter relay where Paris Peoples, Morgan Burks-Magee, Sydney Hammit, and Sydney Davis battled to a second-place finish in 3:36.03.

Arkansas scored a ridiculous 54-points out of a possible 60 over the six relays that were scored at the National Relay Championships.