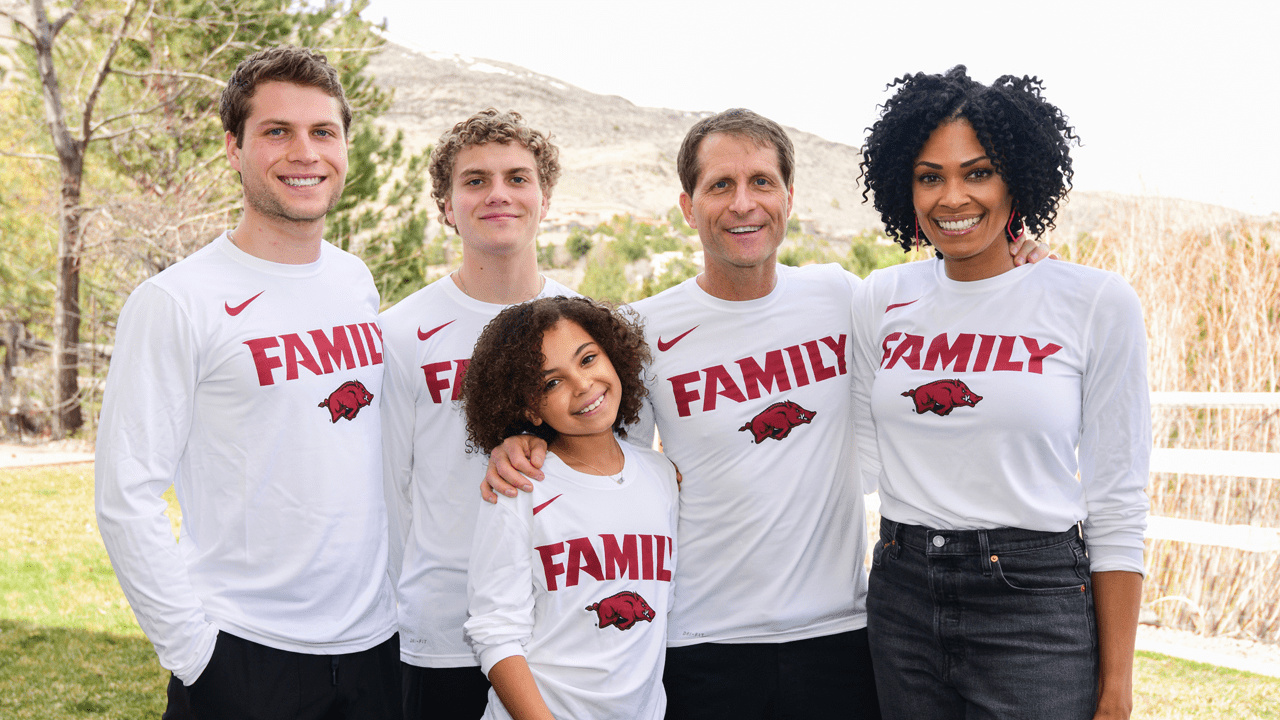 FAYETTEVILLE, Ark. – Former NBA and University of Nevada head coach Eric Musselman has been named as the head men’s basketball coach at the University of Arkansas, Vice Chancellor and Director of Athletics Hunter Yurachek announced on Sunday. Musselman has more than 30 years of coaching experience, including 14 years as a head coach in the NBA, NCAA and CBA.

“Eric Musselman is a coach that has had experience at every level of basketball from the NCAA to the NBA,” Yurachek said. “He was practically born into the game and his passion for basketball is unmistakable. He has been successful throughout his career, including the remarkable job he did in returning the University of Nevada into a perennial NCAA Tournament team. Coach Musselman is high-energy and possesses an extremely high basketball IQ. He has a great attention to detail and has structured his programs to develop players individually while building a successful team. I am pleased to welcome Coach Musselman, his wife Danyelle and his family to the Razorback family.”

In the past four years as Nevada’s head coach, Musselman won at least 24 games each season (24, 28, 29 and 29) to post a 110-34 record and .764 winning percentage – sixth-best among active Division I coaches. Prior to entering the collegiate head coaching ranks, Musselman was a head coach for seven professional teams, including two seasons with the Golden State Warriors (2002-04) and one with the Sacramento Kings (2006-07). He has won over 550 games as a professional head coach with an overall winning percentage of .624 (566-340).

“My family and I couldn’t be more excited to be coming to the University of Arkansas,” Coach Musselman said. “The opportunity to be a part of the rich tradition of Razorback Basketball and to experience the passion of the Razorback fans is something that I am very much looking forward to. I am appreciative of the professional manner in which Hunter Yurachek conducted the search and am grateful for the support of Chancellor Steinmetz and all of those affiliated with the University of Arkansas. I am ready to get to work with our student-athletes to prepare our program to compete at the highest level of college basketball.”

At Nevada, Musselman led the Wolf Pack to Mountain West regular-season titles in each of the last three years. The Wolf Pack won the CBI (College Basketball Invitational) postseason tournament in his first year as head coach while adding a Mountain West tournament title in 2017 to secure the program’s first NCAA Tournament appearance since 2007. The past two seasons, Nevada earned at-large berths to the NCAA Tournament as a seventh seed each time.

“I applaud Vice Chancellor and Director of Athletics Hunter Yurachek on the process to identify and ultimately select Coach Eric Musselman as the next Razorback’s Men’s Basketball coach,” Chancellor Joe Steinmetz said. “The process was rigorous and thorough. I had the opportunity to speak to Coach Musselman a few days ago and I am confident that he will be a great leader for our basketball team and contribute to the players growth as athletes and as successful students.”

Coach Musselman will formally be introduced on Monday at 3 p.m. at Bud Walton Arena. The introduction is open to the public. Fans should enter the south entrance of Bud Walton Arena. Doors will open at 2 p.m. Public parking is available in Lots 46, 56, 56B, 59, 60 and 67, with the exception of resident reserved parking spaces.