A social media post from New Year’s Eve suggests that rock legends Motley Crue have some sort of trick up their sleeve for Super Bowl Sunday. The unknown surprise — perhaps related to the upcoming film adaptation of The Dirt — will turn up the same day as the SuperBowl next month.

The band tweeted out three emojis followed by “02.03.19 #ad,” which is the date of the Super Bowl. Later, they added, “Happy Crue Year too all our #Crueheads around the world. 2019 is going to EPIC!”

The Dirt will reportedly be released via Netflix on March 22, starring rapper Machine Gun Kelly as Tommy Lee, Daniel Webber as Vince Neil, Douglas Booth as Nikki Sixx and Iwan Rheon as Mick Mars. The film will also feature four new songs by the band, the first music from Motley Crue since “All Bad Things” was released in 2015. 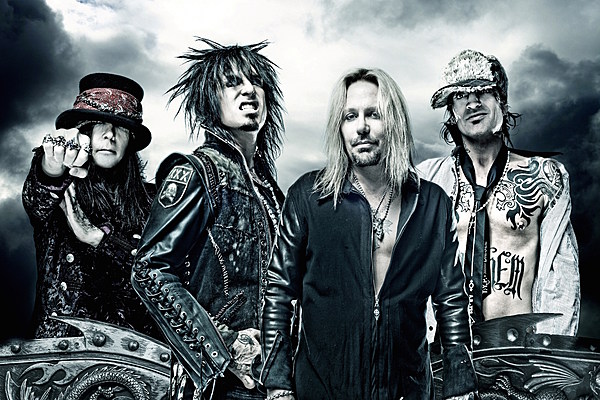