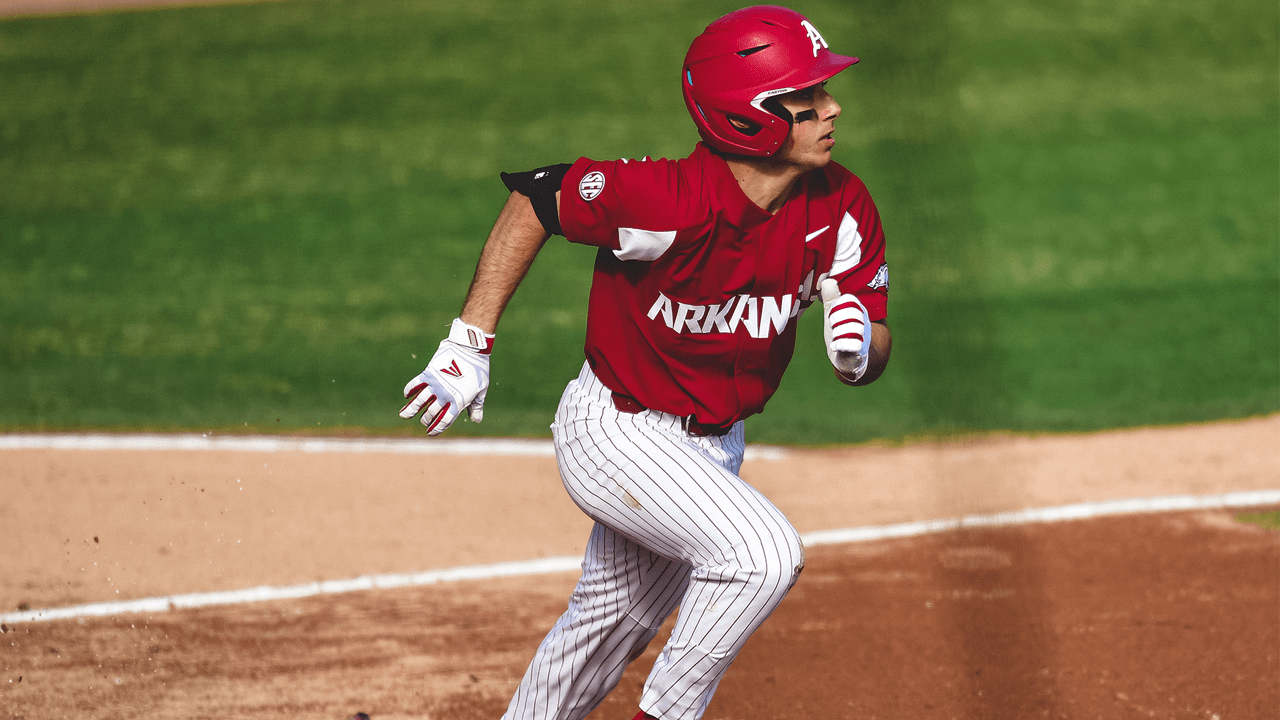 FAYETTEVILLE, Ark. – Arkansas baseball’s Robert Moore has been named SEC Co-Player of the Week after a strong performance at the plate and in the field against Gonzaga last weekend.

It is the first weekly honor for the freshman infielder and third by a Razorback this season, joining Heston Kjerstad (co-player) and Connor Noland (pitcher) in receiving the awards after the first week of games. Arkansas had never won SEC Player of the Week in back-to-back weeks until Kjerstad & Moore’s consecutive accolades. Moore is the first Arkansas freshman to receive player of the week honors from the league.

His batting average (.667) against the Zags led the SEC last week, as well as his on-base percentage of .750, coming one hit and one RBI shy of the top marks in the conference in the two categories. Moore recorded a hit in every game against Gonzaga, including multi-hit games in each of the last three.

Moore tallied multiple RBIs in all four games, including a three-hit, three-RBI showing in the third game of the series. He posted two singles and his first collegiate home run on a ball hit into the left field bullpen in the contest.

Saturday’s game also featured some sick handles from Moore, as his glove flip on a grounder to his left side in the eighth inning landed him at the No. 9 spot on SportsCenter’s Top 10 plays. He was also part of two double plays over the weekend, registering seven putouts and eight assists.

Moore and the Razorbacks hit the road for the first time this season for the Shriners Hospitals for Children College Classic, taking on No. 23 Oklahoma, Texas and Baylor on Feb. 28-March 1 at Minute Maid Park in Houston, Texas.