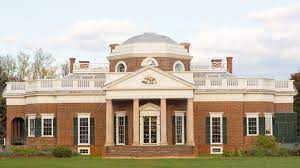 Three candidates have filed for the Monticello Mayoral election race in the Fall according to the Advance-Monticellonian Newspaper. The filling period for the office of mayor has passed and Mayor Paige Chase announced she would not seek re-election for the Office of Mayor in November 2022.

The article explained that Akers is the current Chief of police in Monticello and has served in law enforcement for more than three decades. Akers also stated that “Under my administration as Chief of Police, in just three years MPD became one of the few accredited law enforcement agencies in the State of Arkansas”.

Bart Gregory was mentioned as a long-time Monticello resident and business owner. “I am running for mayor of Monticello because several community members asked me to get elected to improve our town by improving the quality of the lives of all people in it,” Gregory said.

The third candidate, Joe Rogers, served as Mayor of Monticello from 2007 to 2010 and for five months in 2014. The newspaper quotes Rogers stating, “If elected Mayor of Monticello, one of the first things I plan to address is infrastructure improvements”.

The mayoral election will take place on Tuesday. November 8th.

The Museum of The Arkansas Grand Prairie to host fundraiser event