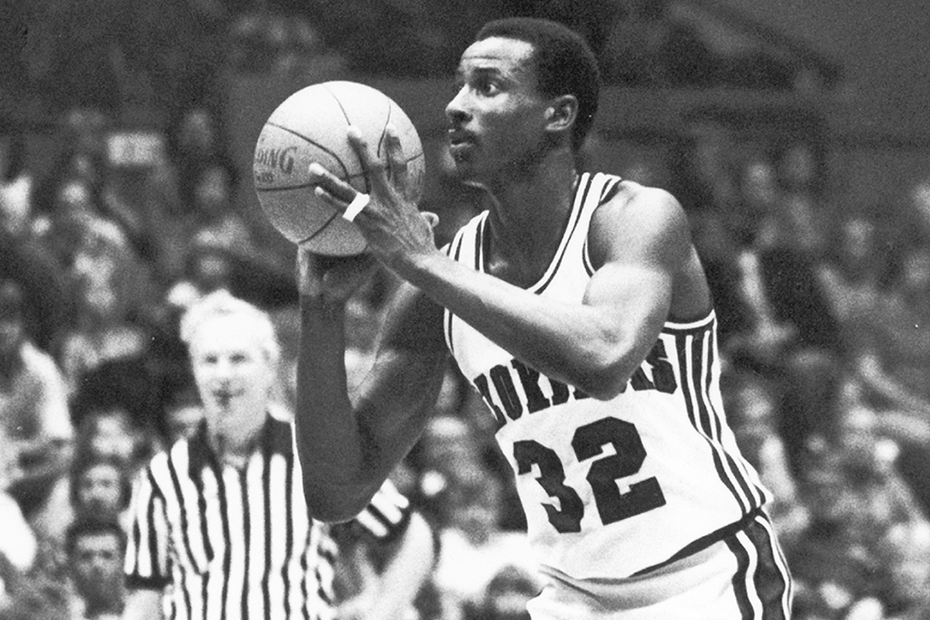 MINNEAPOLIS, Minn. – University of Arkansas’ Sidney Moncrief was one of 12 honorees named to the Naismith Memorial Basketball Hall of Fame. The Class of 2019 to be inducted September 5-7, 2019 during this year’s enshrinement festivities in Springfield, Mass.

Moncrief earns his second Hall of Fame honor in as many years as he was inducted into the National Collegiate Basketball Hall of Fame this past year.

One of the Arkansas’ famed “Triplets”, Moncrief ended his career as Arkansas’s leader in scoring (he ranks second now behind Todd Day) with 2,066 points from 1976-79. He helped lead Arkansas to two Elite Eight appearances and the 1978 Final Four. Moncrief received a total of 14 All-American honors over three seasons and his name is scattered all through Arkansas’ record book. He was named All-Southwest Conference his last three years.

Distinguished committees focused on preserving all areas from the game also selected five directly elected enshrinees. They include Al Attles from the Contributor Committee, Charles “Chuck” Cooper from the Early African American Pioneers Committee, Vlade Divac from the International Committee, Carl Braun from the Veterans Committee and the Wayland Baptist Flying Queens of 1948-1982 from the newly instated Women’s Veterans Committee.

“The globally celebrated game of basketball would not be what it is today without the many remarkable men and women who have broken barriers and paved the way for future generations,” said John L. Doleva, President and CEO of the Naismith Memorial Basketball Hall of Fame. “The Class of 2019 is brimming with those who have had a significant historical impact on the game we love. We thank them for their contributions to the game and look forward to honoring them during Enshrinement this fall.”

To be elected, North American and Women’s Committee finalists must receive 18 of 24 votes from the Honors Committee for election into the Naismith Memorial Basketball Hall of Fame. Direct elect committees are incorporated into the election process to maintain a strong focus on keeping history on the forefront of the voting procedures and to preserve a balance between two eras of basketball.

The Class of 2019 will be enshrined on Friday, September 6 in Springfield, Massachusetts, the home of the Naismith Memorial Basketball Hall of Fame. Ticket packages to the 2019 Enshrinement Ceremony and all Enshrinement events are on sale now and available online at www.hoophall.com or by calling the Basketball Hall of Fame at (413) 231-5513.  Premium Sponsors of Enshrinement 2019 include Haggar Clothing Company, Baron Championship Rings, Mohegan Sun and Panini.