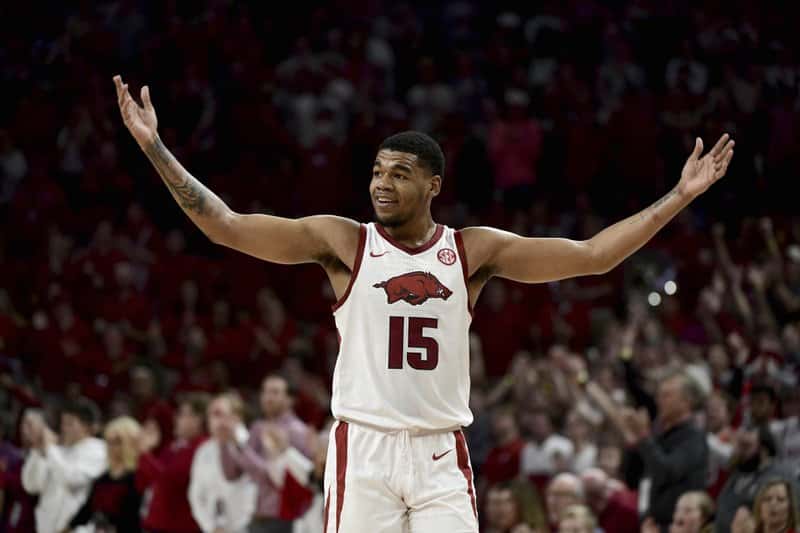 Reggie Perry of Mississippi State and Mason Jones of Arkansas have been named The Associated Press Southeastern Conference players of the year.

Texas A&M’s Buzz Williams was named SEC coach of the year in his first season in the league. Williams guided the Aggies to a 10-8 conference record and finished in a tie for sixth in the league. Texas A&M was predicted to finish 12th in the SEC when the season began.

Perry, the only SEC player to average double figure points and rebounds this season, and Jones, the conference’s top scorer at 22 points a game, each received four votes from the panel of 14 AP voters.

Both players were the only unanimous selections for the AP All-SEC first team. Joining them on the first team are Kira Lewis Jr. of Alabama and the Kentucky duo of Immanuel Quickley and Nick Richards.

Anthony Edwards, the Georgia freshman and possibly the No. 1 overall pick in the upcoming NBA draft, was the runaway pick for newcomer of the year. The 6-foot-5 guard averaged 19.5 points a game.

Edwards was also named to the AP All-SEC second team along with Breein Tyree of Mississippi, Skylar Mays of LSU, Samir Doughty of Auburn and Keyontae Johnson of Florida.