Former four-division world champ Mikey Garcia defeated Jessie Vargas via unanimous decision on Saturday, scoring his first career victory at welterweight. Garcia scored a knockdown in the fifth round and landed better, cleaner shots for much of the night.

After the bout, Garcia said that he wanted to continue at welterweight, and mentioned Manny Pacquiao or a rematch with Errol Spence Jr. as potential options for his next fight. The 32-year-old Garcia began his career at featherweight and was fighting at lightweight as recently as 2018. 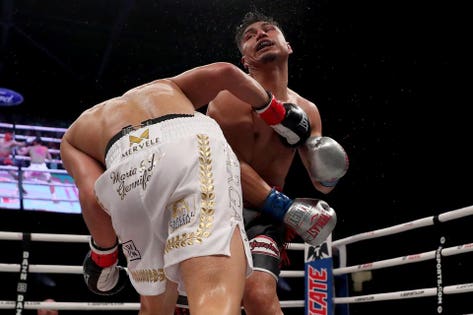 Via www.forbes.com
Mikey Garcia got his first victory at welterweight with a solid performance vs. Jessie Vargas….
03/01/2020 12:03 PM

NBA Finals: Lakers one win away from title after Game 4 victory