Metallica announced that their new pilsner beer, named “Enter Night” — after their classic song “Enter Sandman” — would go on general sale across the U.S., with launches in other parts of the world to follow. The beer had been available since September in venues during the band’s recent tour dates, and also at outlets nearby. “Enter Night” was created in collaboration with brewers Arrogant Consortia.

Metallica said in a statement: “It’s certainly been no secret, but we are beyond excited to make the official announcement and introduction to Enter Night Pilsner, our collaboration with Arrogant Consortia. If you’ve been to one of our recent arena shows, you may have sipped from the black and red cans or even picked up a few in the surrounding neighborhoods. Now we’re expanding nationwide, and come spring, taking it international covering Europe, Australia, China and beyond!”

Availability information can be found at the beer’s finder page. 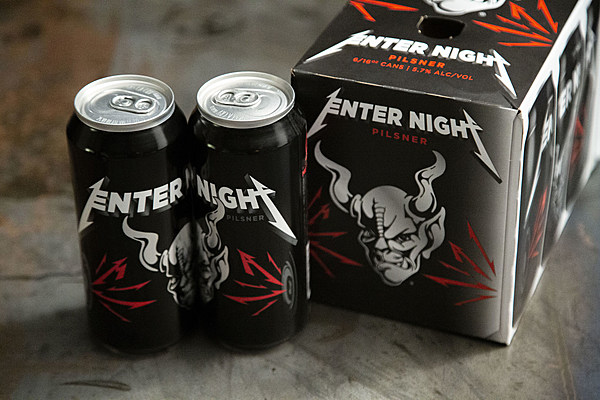