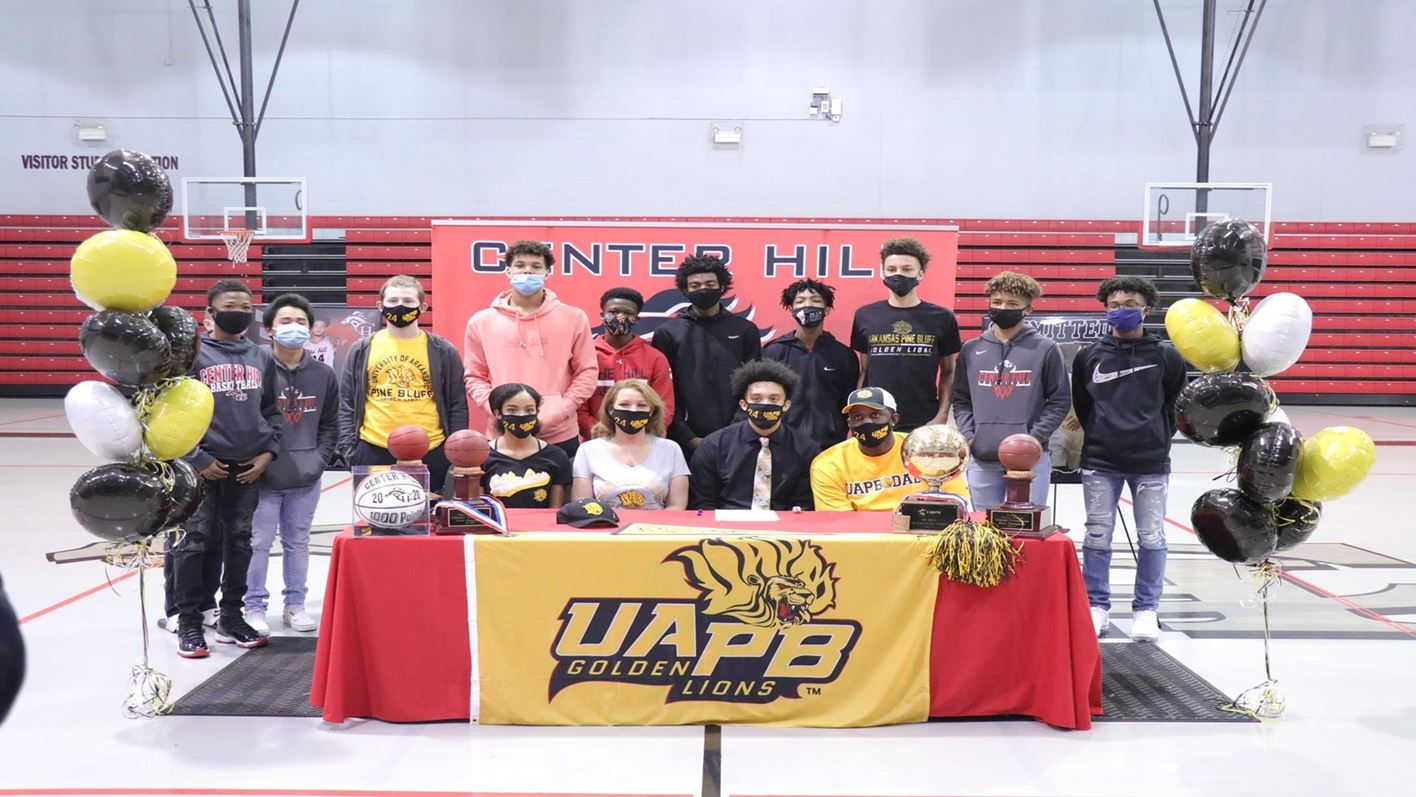 The University of Arkansas at Pine Bluff men’s basketball team signed Kaeden Laws to a national letter of intent Wednesday.

Ranked among the Top 10 players in the state of Mississippi, the 6-foot-5, 195-pound product from Center Hill High School in Olive Branch, Miss, is averaging 21.3 points, 11.0 rebounds, 4.7 assists, and 4.3 blocks in his senior season.

He led his team to the Class 5A state championship as a sophomore and back to the championship game as a junior. He was the MVP of Mississippi’s Association of Coaches North-South All-Star game earlier this year.

Laws is equally, if not more impressive in the classroom, as he has a 4.0 grade point average.

“Kaeden brings everything that we look for in that position,” said UAPB head men’s basketball coach George Ivory. “He leads by example, always giving maximum effort on both ends of the floor. Kaeden has tremendous vision and a great feel for the game, combined with his ability to score from all three levels. As much as he can carry his team on offense, what also makes Kaeden a great fit here at the University of Arkansas at Pine Bluff is his defense and toughness.  He will be a great asset to our program. Kaeden is a natural leader, a role model in the community, and an excellent student. We are very excited to get to work with Kaeden and help him reach his potential as a Golden Lion in the years to come.”