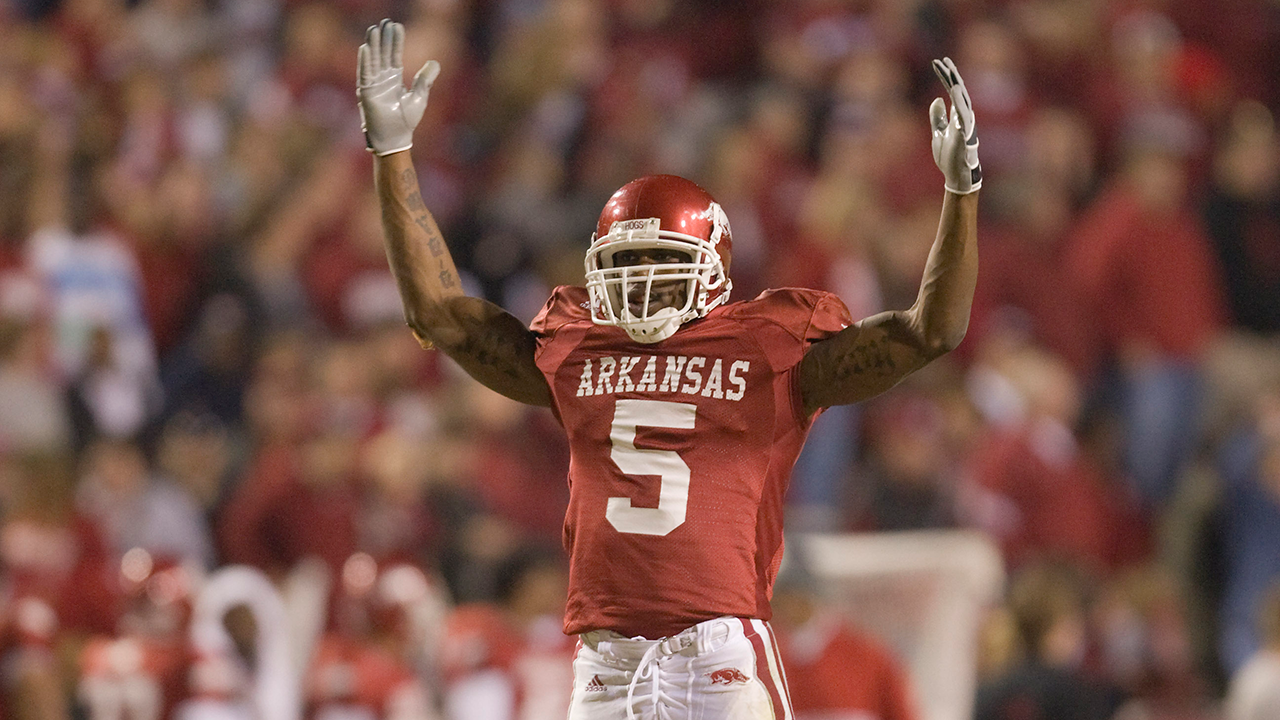 FAYETTEVILLE, Ark. – Former Arkansas running back Darren McFadden has been selected for the National Football Foundation (NFF) College Football Hall of Fame class of 2019. McFadden was part of the 2019 class announced on Monday.

McFadden is the 20th Razorback to earn a spot in the illustrious Hall and the 10th player to receive the accolade, including the first inductee chosen for his University of Arkansas playing career since Ronnie Caveness in 2010.

“Growing up in Arkansas, my dream was to play for the Arkansas Razorbacks,” McFadden said. “To be able to do that and now to be recognized with induction into the College Football Hall of Fame is something I couldn’t have imagined. I’m so grateful to my family, Coach Houston Nutt and my many other coaches, Dean Weber, my teammates and everyone in the Razorback Nation for supporting me throughout my collegiate and professional career. When I look at the others who have been inducted to the Hall of Fame, including many from the University of Arkansas, I am truly honored and humbled to be included in such a distinguished group.” 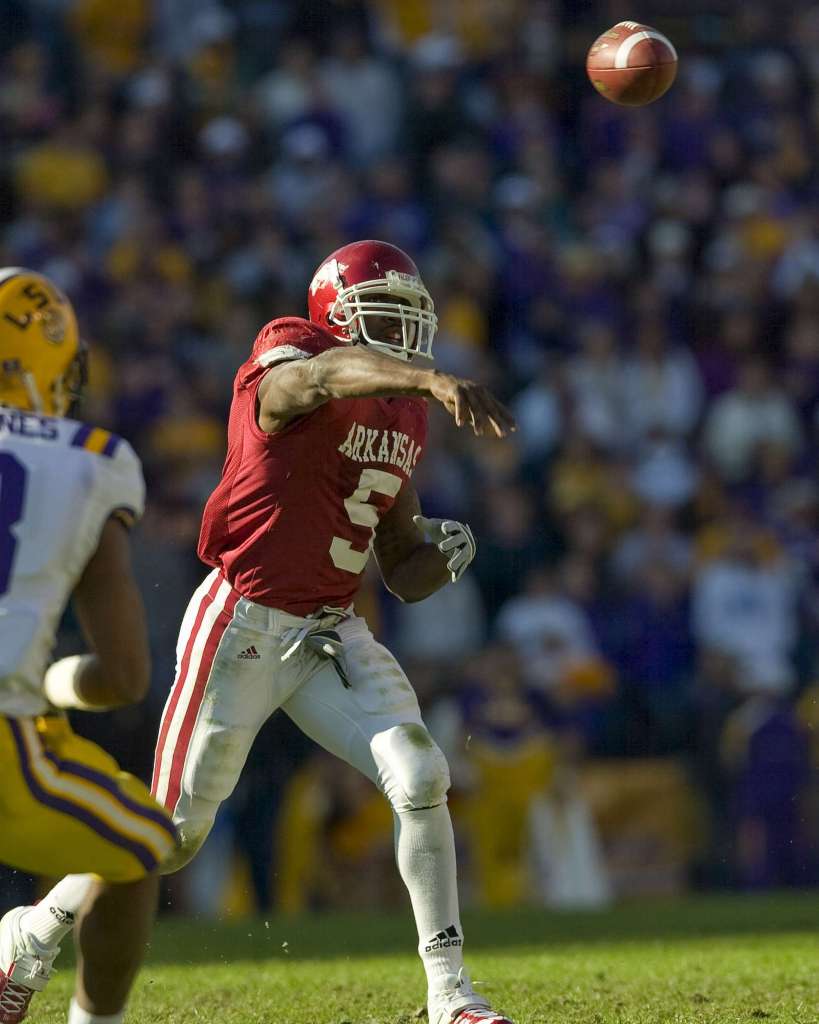 “Darren McFadden is not only a Razorback great, he is a college football legend. It is fitting that he will soon be inducted alongside the greatest players and coaches of all time in the College Football Hall of Fame. From his All-America career at the University of Arkansas to his decade long NFL tenure with both the Raiders and the Cowboys, Darren McFadden has always represented his home state proudly and given us all plenty to cheer about. We are excited to celebrate this tremendous accomplishment with him throughout the upcoming year.” – Arkansas Vice Chancellor and Director of Athletics Hunter Yuracheck

One of the most decorated players in Arkansas history and a two-time runner up for the Heisman Trophy, McFadden was the 2007 Player of the Year by the Walter Camp Foundation and The Sporting News. He racked up 25 first-team All-America honors (six Freshman All-American selections), won the Doak Walker Award twice and is a two-time SEC Offensive Player of the Year. He is the only Razorback in program history to win multiple national awards in his career.

McFadden ranks second on the SEC career rushing list with 4,590 yards and averaged 120.8 yards per game during his three-year career, third-best in league history. He rushed for 100 yards or more a school-record 22 times, and is one of only three players in SEC history to rush for 1,000 yards in each of his freshman, sophomore and junior seasons. His 321 yards vs. South Carolina in 2007 remains tied for the SEC record for rushing yards in a game. He capped his Arkansas campaign with 41 rushing touchdowns, good for second-most in school history.

After his collegiate career, McFadden was selected fourth overall in the 2008 NFL Draft by the Oakland Raiders. He played 10 seasons in the NFL for the Raiders and the Dallas Cowboys. Last year, he was named to the Arkansas Sports Hall of Fame and was honored as an SEC Legend during the 2018 SEC Championship game. 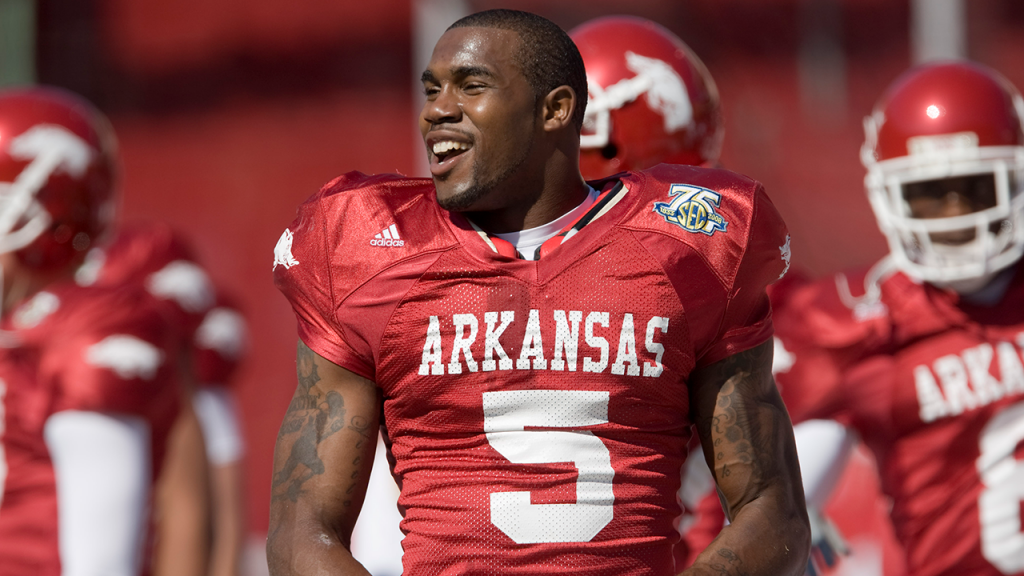