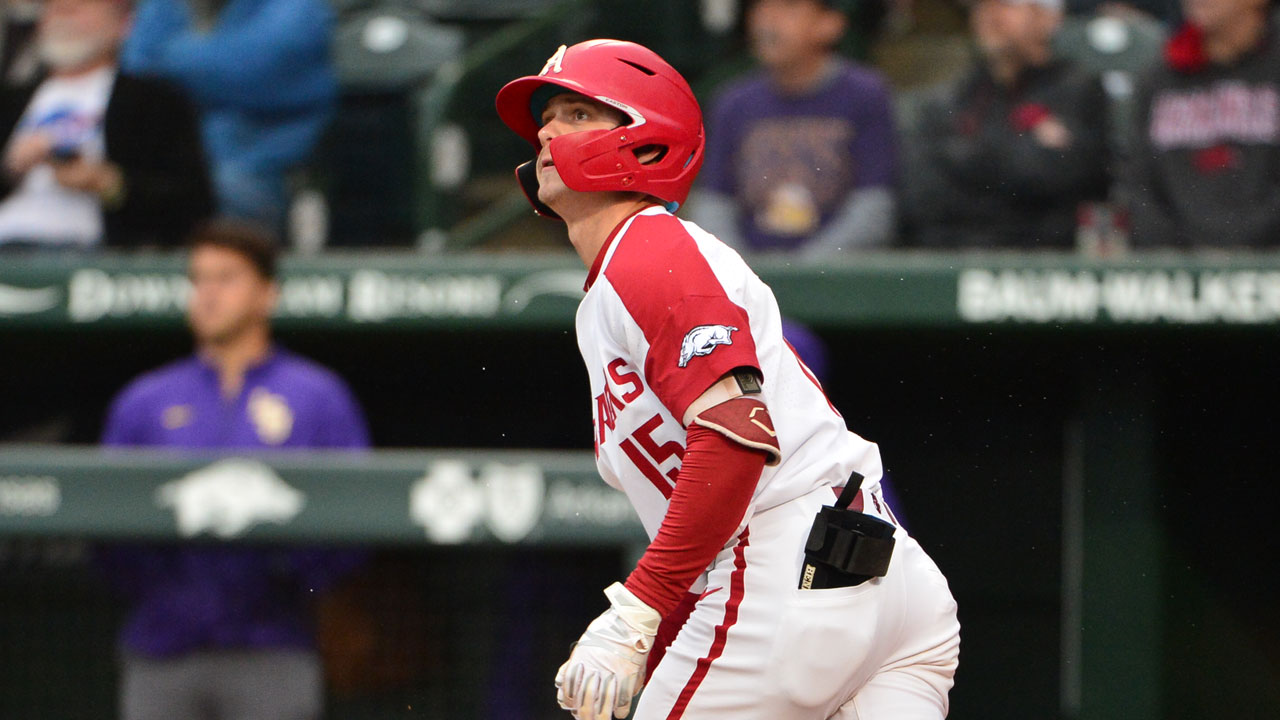 DALLAS – Arkansas shortstop Casey Martin is one of 26 college players named by the National Collegiate Baseball Writers’ Association (NCBWA) as a Dick Howser Trophy semifinalist on Thursday. This is 33rd year for the Dick Howser Trophy, which is given to the top player in collegiate baseball.

The finalists will be announced on Thursday, June 6.  The 2019 award will be presented at TD Ameritrade Stadium in downtown Omaha, the home of the College World Series for the eighth year. The winner will be unveiled on MLB Network on Friday, June 14, and then, a press conference with the winner will be held on Saturday, June 15 at 10 a.m. (CDT), the opening day of the 2019 CWS.

Martin, who after a stellar freshman season, has already been named to numerous All-American and all-conference teams throughout his career, will now hope to add one of college baseball’s highest honors to his collection. Hitting .311 through 52 games, Martin already has 12 home runs and 50 RBIs this season, which nearly match his totals from a year ago (13 HR, 49 RBIs).

Seven of the 26 semifinalists come out of the SEC and outfielder Andrew Benintendi was the last Razorback to win the award back in 2015, the same year he won the Golden Spikes Award and helped Arkansas to the College World Series. This year Martin is one of only two shortstops on the prestigious list.

The Dick Howser Trophy, given in memory of the former Florida State University All-America shortstop and major league player and manager, who died of brain cancer in 1987, is regarded by many as college baseball’s most prestigious award.  Criteria for consideration of the trophy include performance on the field, leadership, moral character and courage, qualities that were exemplified by Dick Howser’s life.

Martin and the Razorbacks are on the road this week for their final regular-season series of 2019 as they get set to take on 17th-ranked Texas A&M starting on Thursday at Blue Bell Park. Game one is slated for a 6 p.m. first pitch tonight on ESPNU.