Five members of the Pine Bluff City Council have cosponsored a resolution “encouraging” Mayor Shirley Washington to reinstate Kelvin Sergeant as Police Chief and barring that, are planning to vote to override the firing.

Council members Ivan Whitfield, Lloyd Holcomb Jr., Donald Hatchett, Steven Mays and Bruce Lockett are all sponsoring the non-binding resolution, which will be discussed during a special called meeting of the City Council Monday at 5 p.m.

There is a procedure in place for Sergeant to appeal his firing. That procedure would include a formal hearing and then six members of the eight- member council would have to vote yes to overturn the firing.

That procedure is apparently not being followed in this case since Deltaplex News has not been notified of any appeal or a hearing on that appeal.

Not listed as sponsors are Council members Joni Alexander, Glen Brown Jr., and Win Trafford. Alexander and Trafford are members of the council’s Public Safety Committee which oversees police department finances and operations. Whitfield is the third member of that committee.

Sergeant was fired Wednesday, three days after an incident at the Circle N gas station on West 28th Avenue Sunday where seven people were shot, none critically.

In an interview on Oldies 101.3 Monday, Sergeant said officers who tried to clear the parking lot of the business because of the large crowd that had gathered were asked by store management to leave the people alone because some were customers.

Deltaplex News has filed a freedom of information request for the 911 tapes which are currently a part of the investigation.

The resolution, which one council member said “sounds like a damn proclamation” says that Sergeant has “effectively performed the duties of Chief of Police and served our community for over 27 years, he should be reinstated.

The entire resolution can be read on Deltaplexnews.com

The original press release from the Mayor’s office did not say that Sergeant had been fired but instead said he was no longer Chief of Police. Deputy Chief Ricky Whitmore was designated to handle the day-to-day operations of the department until an interim chief is named. 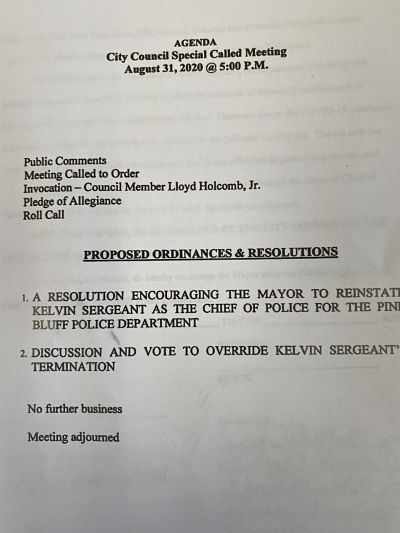 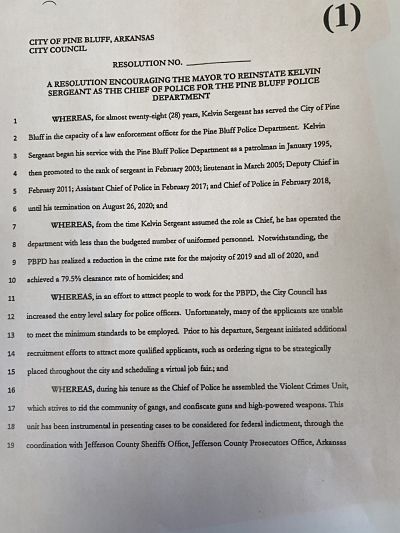 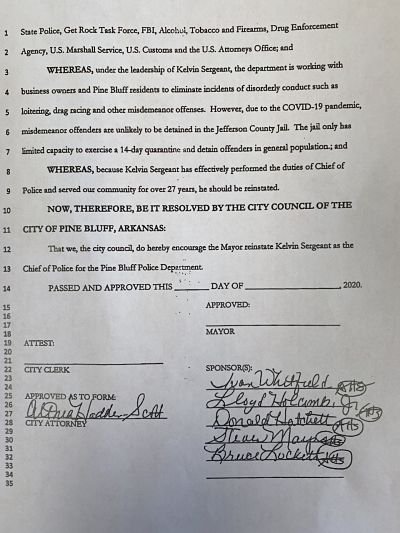