Magic Johnson abruptly stepped down as the organization’s president of basketball operations on Tuesday night, less than two hours before the Lakers’ regular-season finale against the Portland Trail Blazers at the Staples Center.  The 59-year-old Johnson said he officially made up his mind on Tuesday to step down, but that a lot of factors went into the decision.

Johnson said: “I had more fun when I was able to be the big brother and the ambassador to everybody. That was a great feat the other day, and I couldn’t even tweet it out and say, ‘Hey, congratulations man. If I had did that, everybody would have been, ‘Oh he’s tampering!’ I don’t like that. I like to be free. I got a great life. I was like, ‘Damn I have a great life outside of this. What am I doing? You know, I have a beautiful life. I’m going to go back to that beautiful life. I’m looking forward to it.”

Johnson, who played 13 seasons for the Lakers, was hired as the president of basketball operations in February 2017. 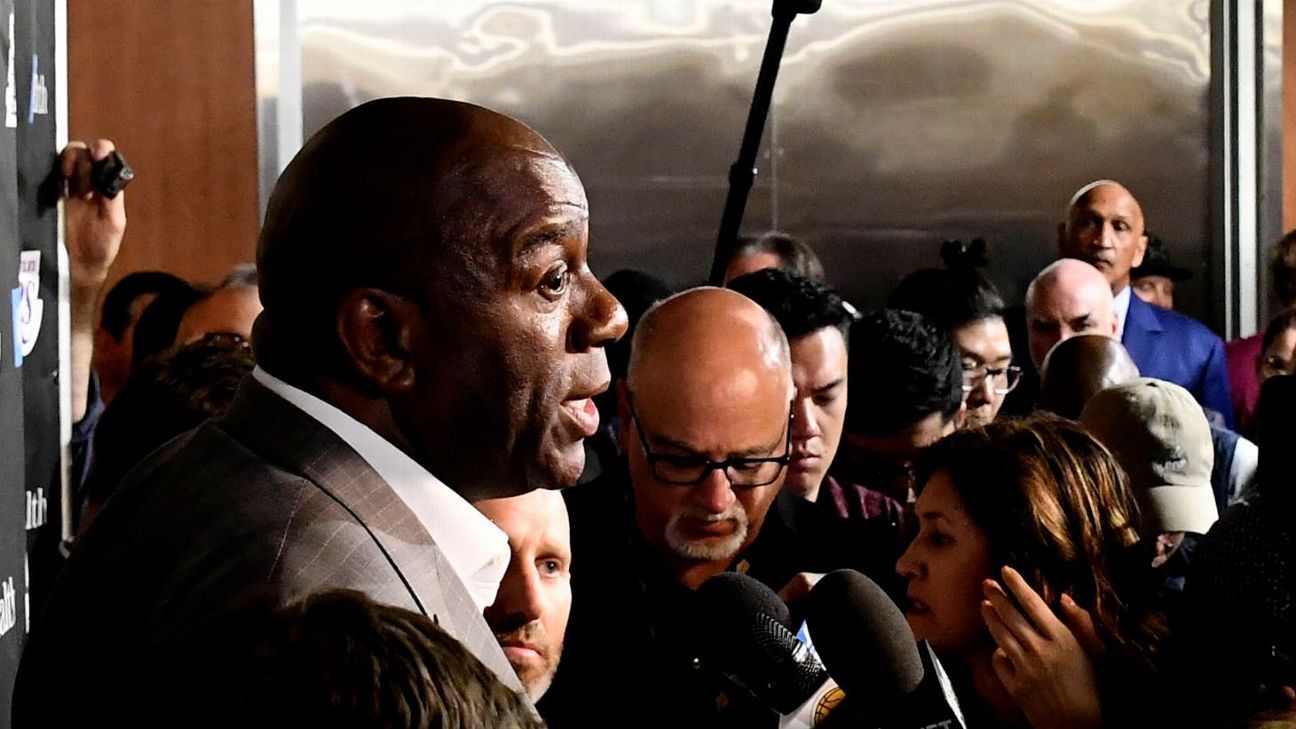 Magic stepping down as Lakers’ president