Mac Miller’s family has announced A Celebration of Life, which will benefit the newly launched Mac Miller Circles Fund (MMCF).  Travis Scott, SZA, John Mayer, Action Bronson, Chance the Rapper, Earl Sweatshirt, Thundercat, and Vince Staples are among those on the lineup for the show.  “The support we’ve experienced is evident in this amazing line-up and is a testament to Malcolm’s incredible life,” Karen Meyers, Mac’s mother, said in a press release Tuesday. “His Father, brother, and I are beyond thankful to everyone who is working to make this concert happen along with every fan and every friend for continuing to support Malcolm and his vision.” Tickets for the event, set for Oct. 31 at the Greek in Los Angeles, will be available via the official MMCF site from 10 a.m. local time Oct. 5. 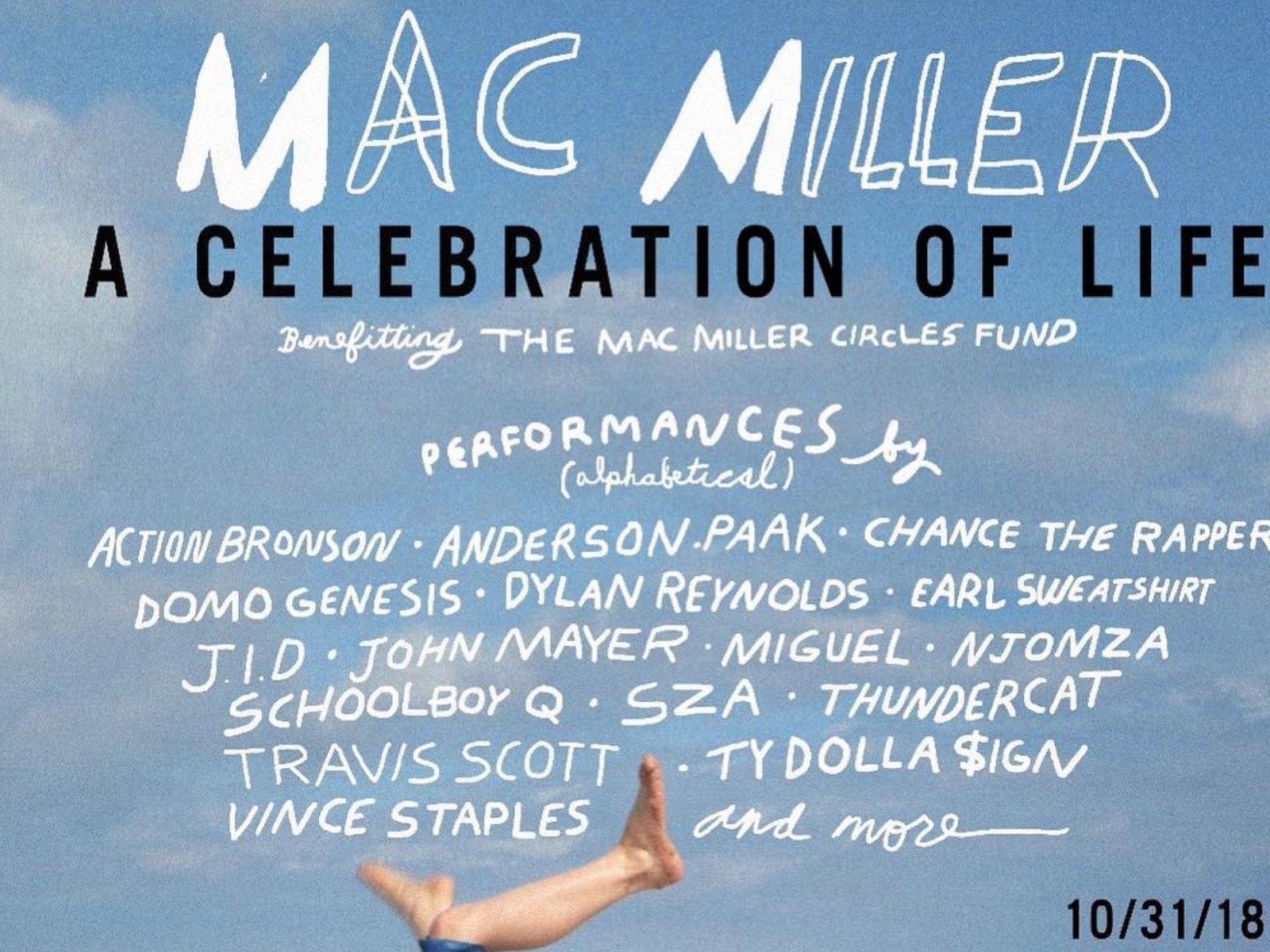