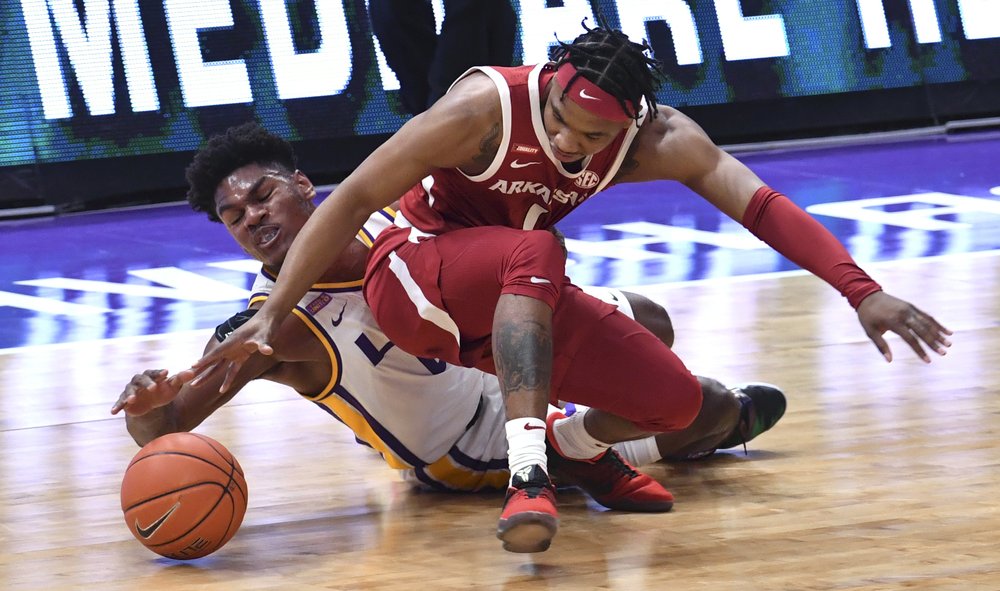 BATON ROUGE, La. (AP) — Trendon Watford scored 23 points, Cam Thomas added 17, combining for 24 points in a dominating first half, and LSU rolled to a 92-76 victory over Arkansas on Wednesday night.

Less than three minutes into the game Thomas, who was a game-time decision after injuring an ankle in LSU’s last game, hit a jumper to ignite an 18-0 run. Watford’s two free throws made it 22-7.

Sills ended Arkansas’ seven-straight misses and 6 1/2-minute scoring drought but Aundre Hyatt and Watford quickly answered with 3s and LSU scored 22 of the next 26 points to lead 44-13.

Arkansas, which finished at 34% from the field, going 8 of 31 from 3-point range, never challenged in the second half.

The teams entered leading the SEC in scoring, with the Razorbacks averaging 88.2 and the Tigers 85.6. It was LSU which imposed its will, surpassing its league-leading 49% shooting from the field. Arkansas, which leads the league at 16 assists a game, only had eight against 15 turnovers.

On Saturday, Arkansas plays at Alabama and LSU is home against South Carolina.