The Los Angeles Rams unveiled new uniforms Wednesday, ahead of their move into SoFi Stadium this year.  Two of the Rams’ three new uniform looks are broadly similar to their primary royal-blue-and-yellow uniform from 1973-99. The Rams have added distinct creases to the horn on their famous blue helmets, which now have a metallic sheen. The horns circling the shoulders of their royal-blue jerseys also have the crease, echoing the style of the new team logos unveiled earlier in the spring.

The Rams will wear yellow or blue pants below the same blue jersey. They slightly shrunk the horns traditionally wrapping around the blue jersey’s shoulders. They also changed the look of their yellow uniform numbers, altering their shape and adding a yellow-to-white color gradient similar to the much-debated technique used in their new logos.

The franchise has planned a new look since its return to Los Angeles in 2016. The changes were timed to coincide with the planned opening of owner Stan Kroenke’s multibillion-dollar arena in Inglewood this fall. The Rams are the last of seven NFL teams to unveil new uniforms during this offseason. The Chargers, who will share SoFi Stadium with the Rams, did so last month. 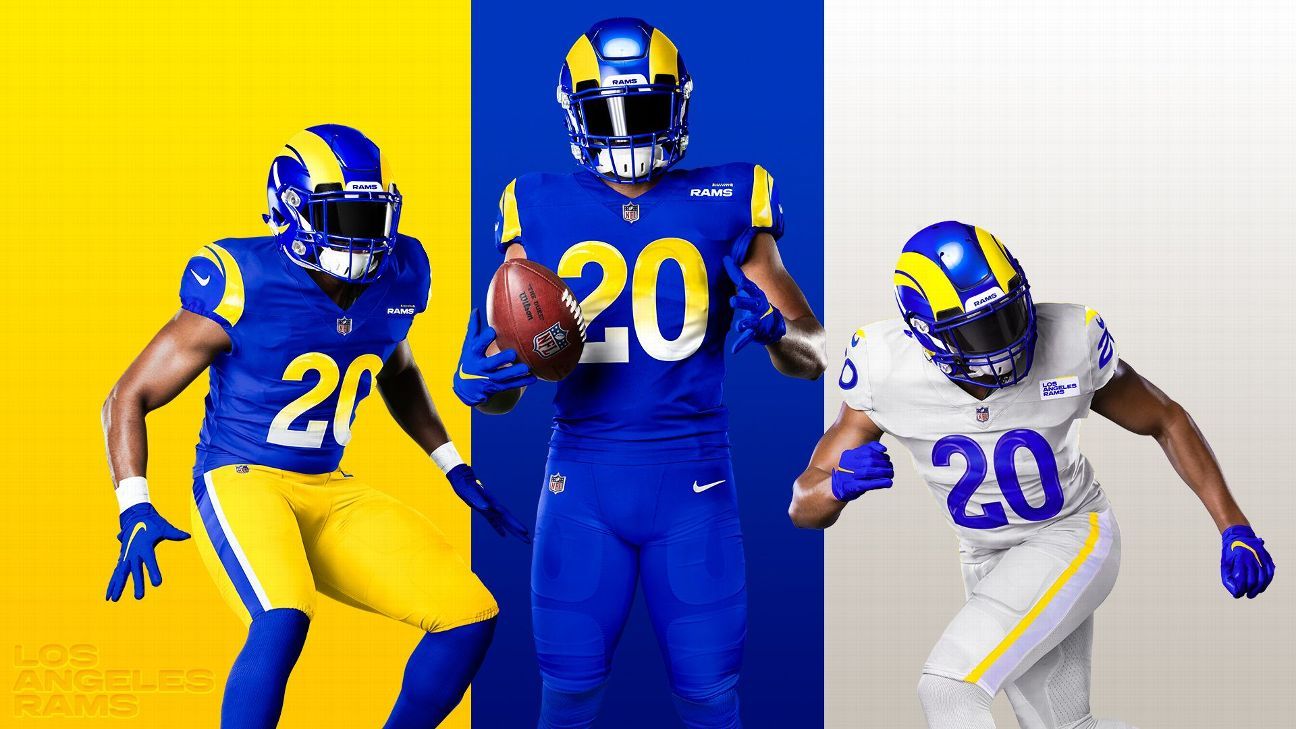 Via www.espn.com
The Rams revealed their new uniforms Wednesday. They include a blue jersey featuring yellow…
05/13/2020 7:14 PM

Top female athletes speak out amid Olympics, defy convention through their uniforms