A jury ordered the Los Angeles Rams to pay Reggie Bush $12.45 million, $4.95 million in compensatory damages and $7.5 million in punitive damages, after it found the team 100 percent liable for an injury he sustained in 2015 when the franchise was still in St. Louis. Bush, then a member of the San Francisco 49ers, tore his meniscus in his left knee after being pushed out of bounds while returning a punt at the Edward Jones Dome on November 1, 2015. Bush’s momentum carried him beyond the sideline and onto a slab of uncovered concrete about 35 feet behind the 49ers bench where he slipped and fell, resulting in the injury. Bush’s legal team called the strip a “concrete ring of death.” A week before Bush suffered his injury, Cleveland Browns quarterback Josh McCown slipped on the same piece of concrete, hurting his shoulder. “I’m very happy with the verdict,” Bush told the St. Louis Post-Dispatch. “The people spoke and decided very fairly.” 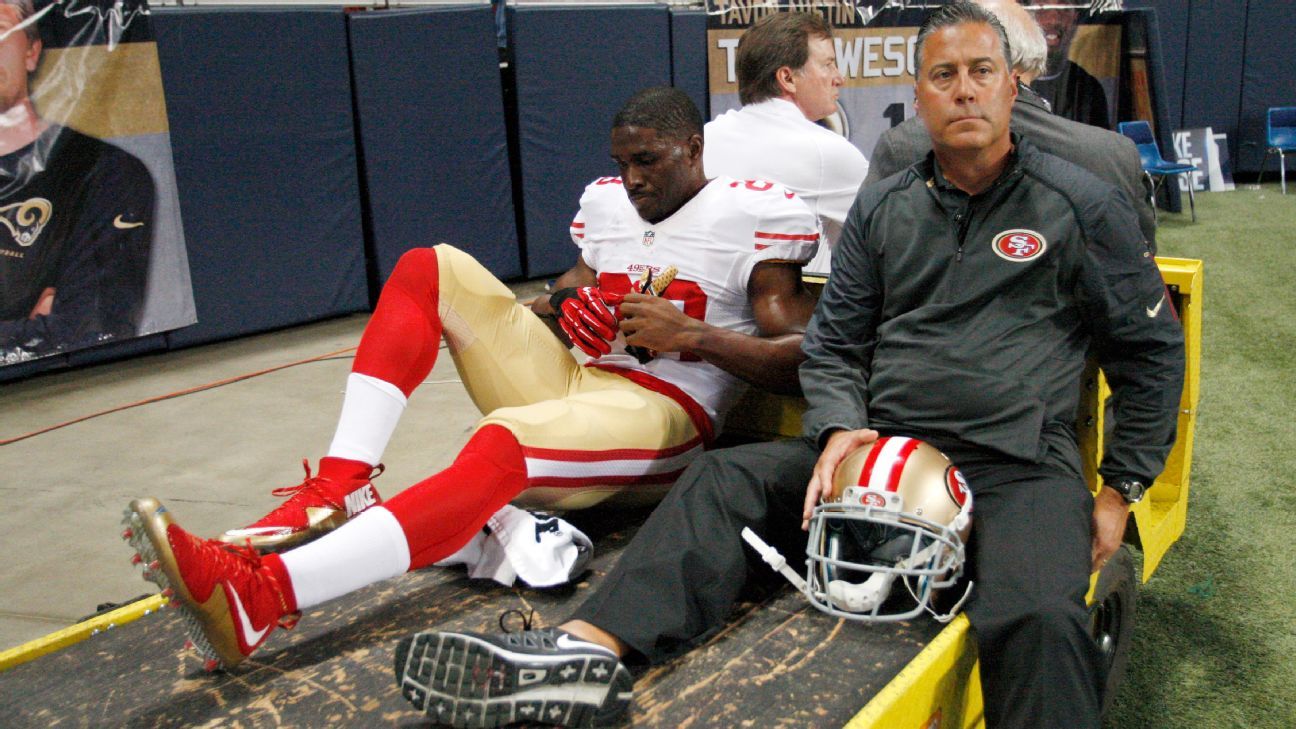