Longtime NHL forward Scott Hartnell announced his retirement Monday after 17 seasons. Hartnell tweeted, “Seventeen years in the NHL was the best job anyone could ever ask for. The games, the fans, the travel, the hotels, the food, the pregame soccer games, are just some of the things that I will always remember and miss.” Hartnell, 36, was the No. 6 overall pick of the Nashville Predators in the 2000 NHL Draft. Throughout his career he played with the Predators, the Philadelphia Flyers and Columbus Blue Jackets, tallying 707 points (327 goals, 380 assists) in 1,249 games. Last season in Nashville, Hartnell scored 24 points (13 goals, 11 assists) in 62 games and had four shots on goal in the Stanley Cup Playoffs. 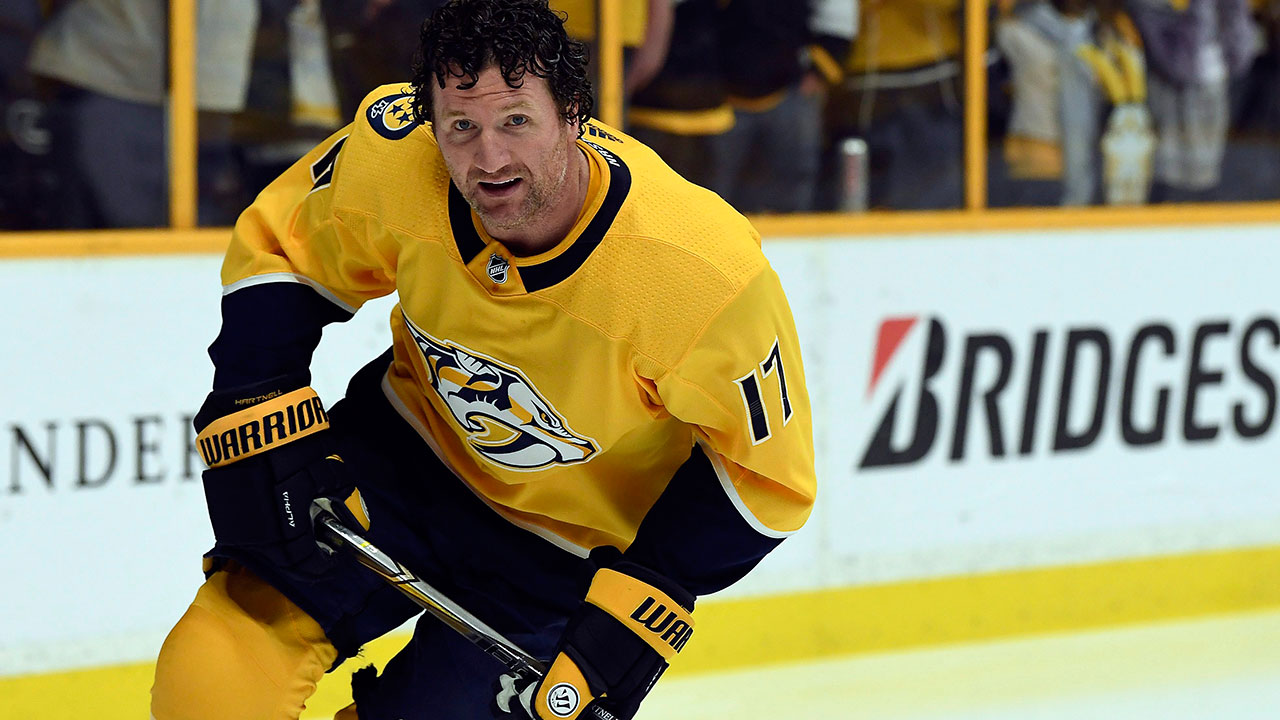