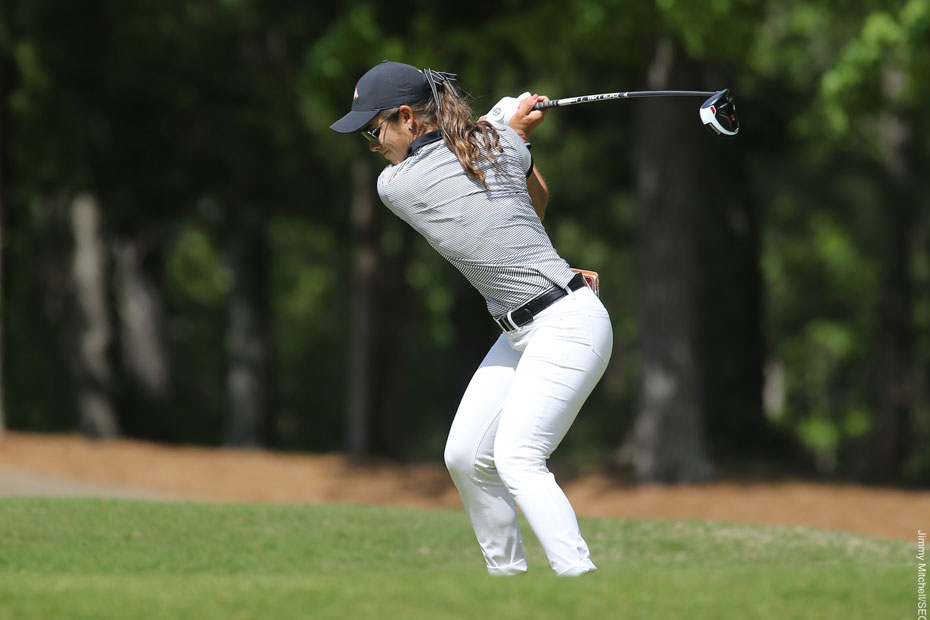 GUADALAJARA, Mexico – University of Arkansas senior Maria Fassi eagled her ninth hole to turn 6-under in round three of the Mexican Amateur Championship at Guadalajara Country Club in Jalisco, Mexico, on Tuesday.

Fassi, who has won three of the last four Mexican Ams, is in sole possession of second place just two shots back of the leader with one round to play. She signed for a round three 68 and is in the clubhouse with a two-under 214.