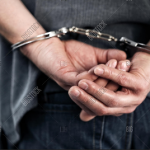 On Friday, August 9, 2019 Officers of the Pine Bluff Police Department along with several other agencies conducted a large saturation in different parts of the city. During this operation known as “Operation Mad Hatter”, 19 people were indicted.

Just after 8 p.m. Friday, task force agents were driving by the Day’s Inn and Suites at 406 N. Blake St. when they saw a man partially out of a truck on the parking lot. Agents stopped to check the welfare of the man, later identified as Justin Newton, 33. While attempting to locate Newton’s identification while waiting for an ambulance, agents located several bags of crystal-like substance in Newton’s left front pocket. Agents also located a green vegetable-like substance with a sweet smell on Newton’s person. It was learned that Newton was staying in a room at the motel right in front of where he was found, and a woman in the room said Newton had been smoking methamphetamine and K-2. She also showed the agents two syringes that were in the room.

FBI task force agents conducted a traffic stop at Miramar and Bay streets on a tan Chevrolet that almost hit the side of their police unit. When they approached the car, they detected the odor of suspected marijuana and asked the driver, later identified as Ahman Scott, 34, to step out. During a vehicle search, multiple multi-color and multi-shaped pills that Edwards said was Ecstasy were found. On Monday, Judge Bridgforth set a $20,000 bond for Scott on probable cause of possession of a controlled substance.