Late Run Not Enough vs. Gators

Late Run Not Enough vs. Gators 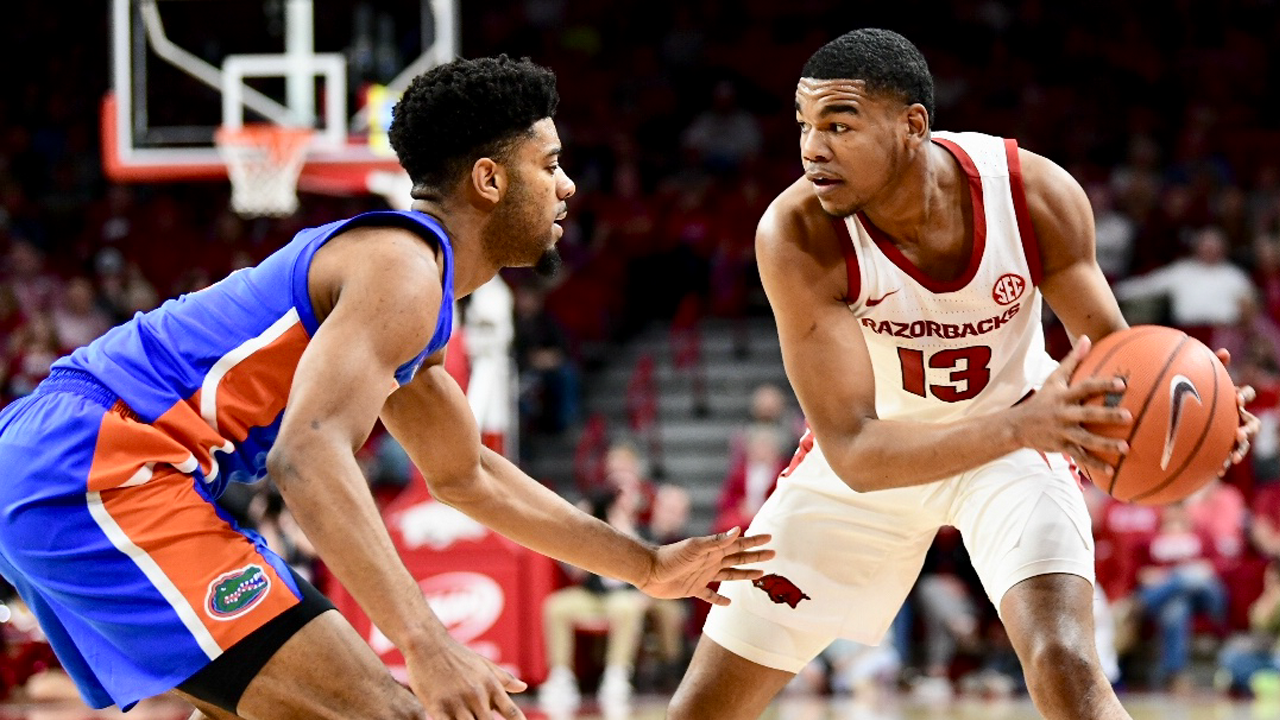 FAYETTEVILLE — Mason Jones scored a career-high 30 points and played a key role in a 15-2 run late in the game to get the Razorbacks to within two (53-51) with 1:02 left, but the Florida Gators made four free throws inside the final 12 seconds to get a 57-51 victory.

On the ensuing possession, Arkansas’ defense got a stop on the defensive end as Daniel Gafford pulled down his 12th rebound of the contest. The Razorbacks then had two chances to tie the game, but Jones’ jumper missed with 24 seconds left and Adrio Bailey’s put-back rimmed out.

Arkansas was forced to foul and Kevaughn Allen sank two free throws with 12 seconds left to give the Gators a four-point lead. Arkansas came up empty again before Allen made two more from the charity stripe to secure the six-point win (57-51).

Arkansas will stay home to face LSU on Saturday (Jan. 12). Tip-off is set for 5:00 pm and the game will be telecast on the SEC Network.

SECOND HALF: Arkansas cuts 16-point deficit to two with 1:02 left.