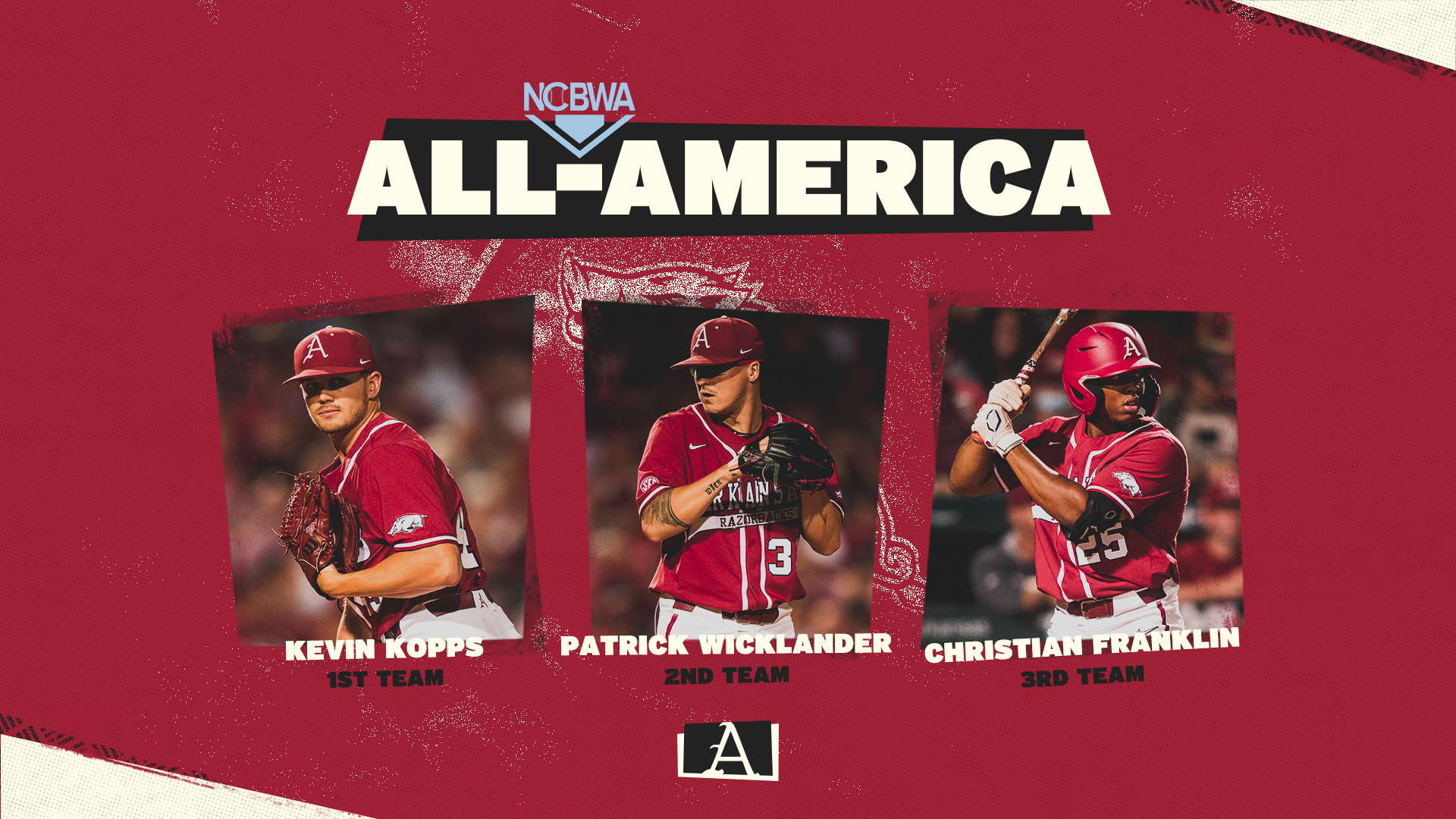 Kopps, the SEC Pitcher of the Year and Collegiate Baseball National Player of the Year, posted a 12-1 record with 11 saves and 0.90 ERA the lowest in the nation. He struck out 131 batters in 89 2/3 innings with a WHIP of 0.76, holding opposing hitters to a .162 setting the program’s single-season record for ERA. The Sugar Land, TX native is a finalist for the Dick Howser Trophy, College Baseball Foundation’s National Pitcher of the Year Award as well as the NCBWA’s Stopper of the Year Award, and a semifinalist for the Golden Spikes Award. He was also named to the American Baseball Coaches Association/Rawlings South All-Region first team.

Wicklander finished the season with a 7-1 record, striking out 85 batters in 77 2/3 innings pitched. The lefty posted a 2.09 ERA while limiting opposing hitters to a .226 average.  The San Jose, CA native was also named to the American Baseball Coaches Association/Rawlings South All-Region second team.

Franklin, a defensive force at centerfield for the Hogs, hit .274 with 13 home runs and 54 RBI’s with a .544 slugging percentage this season. The Overland Park Kansas native led the team in doubles with 15 and legged out 2 triples while stealing a team-high 11 bases with a .420 on base percentage.