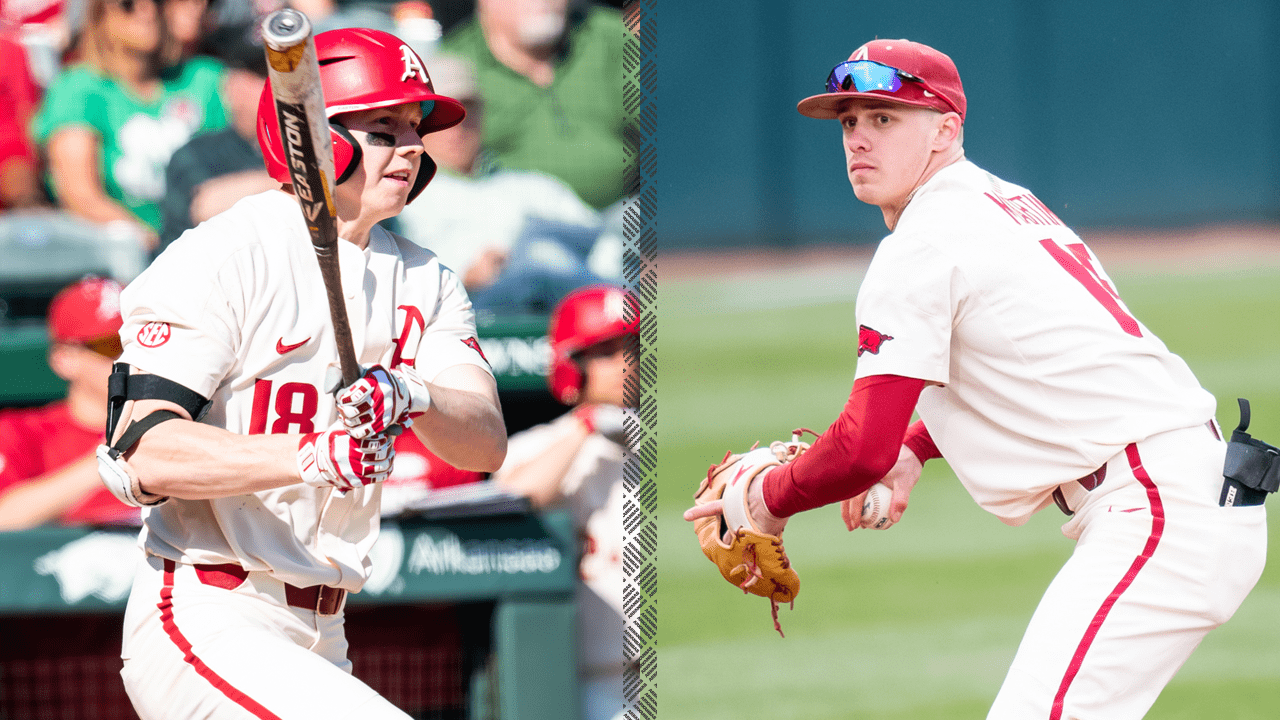 Kjerstad picked up first team accolades, while Martin garnered second team honors. It marks back-to-back years Martin has been recognized by the outlet, securing third team recognition heading into the 2019 campaign. Arkansas has had at least one Preseason All-American from Collegiate Baseball in each of the last three years.

Martin, a junior from Lonoke, Arkansas, finished his sophomore season with a .286/.548/.364 line at the plate, starting all 66 games. He tallied 81 hits, 40 for extra bases with 21 doubles, four triples and 15 homers. Martin also recorded 57 RBIs and scored 67 runs, both figures ranking second on the squad last season.

The duo’s All-America nods come on the heels of a No. 9 preseason ranking from Collegiate Baseball Newspaper, the first poll revealed for the upcoming 2020 season. It marks the second time in three years the Razorbacks have received a top-10 ranking from the outlet, beginning the 2018 season in third. Last year, Collegiate Baseball put Arkansas at No. 25 in its first poll.