Kelsea Ballerini was surprised by Little Big Town with an invitation to join the Grand Ole Opry.

After Ballerini performed her segment during the Opry’s showcase on March 5, Little Big Town took the stage to close out the show, inviting Ballerini onstage to help them perform “Girl Crush.” As LBT was concluding the song, the group changed the lyrics to “Kelsea Ballerini, do you wanna join the Opry?” A stunned Kelsea exclaimed, “Yes, I’m gonna pass out I think!”

Ballerini’s formal Opry induction is set for Tuesday, April 16. At only 25-years-old, Ballerini will be the Opry’s youngest member, a title currently held by 32-year-old Chris Janson. 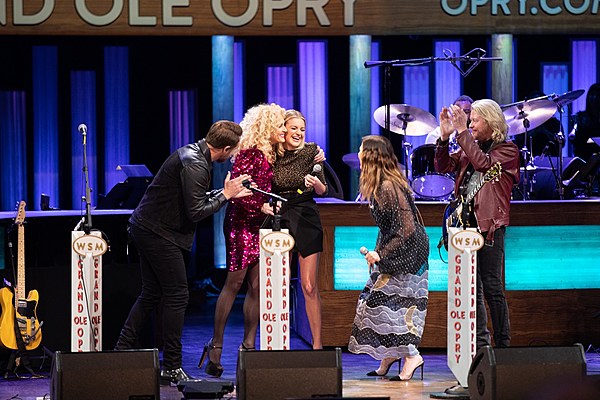