Karl-Anthony Towns has agreed to a five-year, $190 million super-maximum extension with the Minnesota Timberwolves.Towns hasn’t missed a game in his three seasons in the league, and averaged 21.3 points, 12.3 rebounds and 1.4 blocks per game in the 2017-18 season. In a statement, Towns said, “On June 25, 2015, I was drafted to and committed to the Minnesota Timberwolves. On September 22, 2018, I made a recommitment to the Wolves and have the same feelings of excitement that I felt back in 2015.” Towns was the number 1 overall pick out of Kentucky, and he earned the 2016 NBA Rookie of the Year award. He led the Wolves to their first Western Conference playoffs in 13 seasons this past year, as well as making the Western Conference All-Stars. 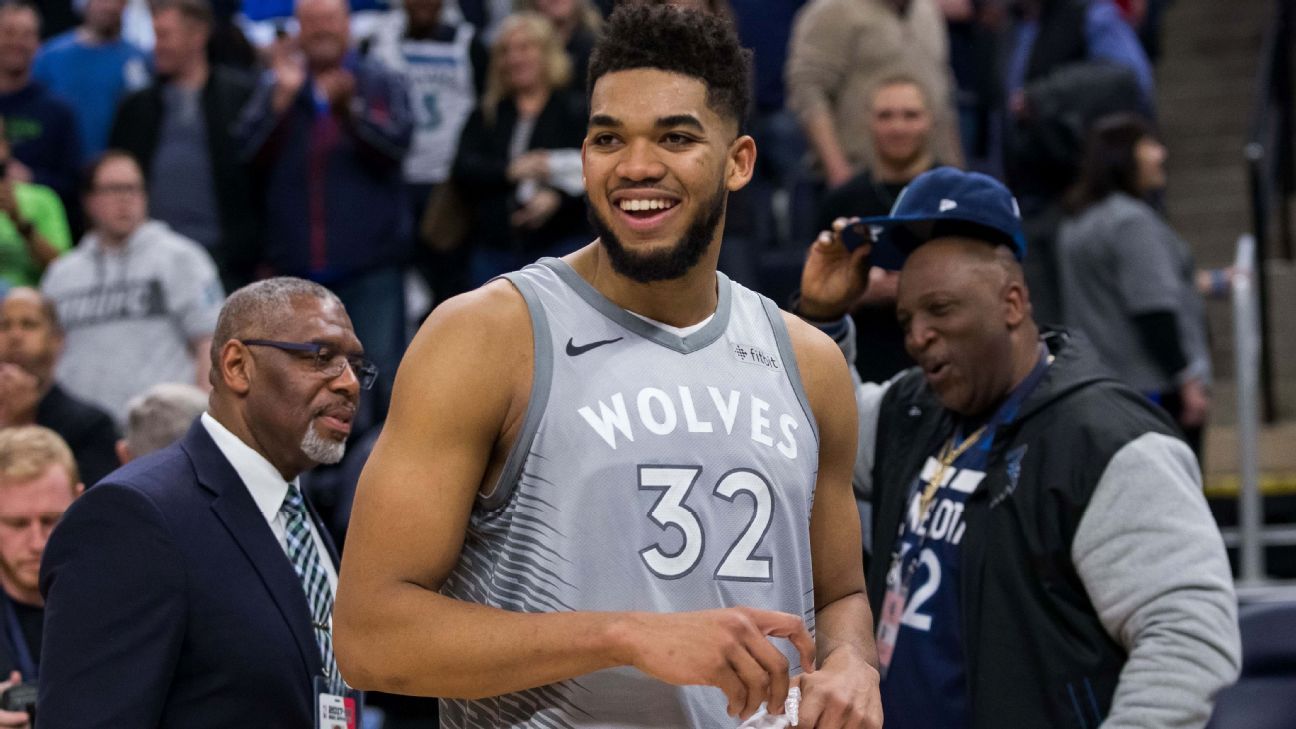 Via www.espn.com
In a deal that cements him as the franchise’s long-term cornerstone, Minnesota Timberwolves…
09/23/2018 9:33 AM

Contract extension to keep LeBron James with the Lakers