Coach Bill Self announced Wednesday morning that Kansas has suspended junior big man Silvio De Sousa in the wake of Tuesday night’s brawl between Kansas and Kansas State. The suspension is indefinite “pending the final outcome of the review by KU and the Big 12,” he announced.

After getting the ball stolen from him in the final 10 seconds of the game, De Sousa sprinted to the opposite end of the floor to swat DaJuan Gordon’s shot attempt just before the final buzzer, which cleared both benches. De Sousa was the only player on the floor assessed a technical, though the benches were ejected, too. Video in the aftermath of the event revealed De Sousa also threw punches, and was seen lifting a chair over his head in an apparent attempt to use it as a weapon, but he dropped it behind his head before it escalated further.

De Sousa sat the entirety of last season due to an investigation into how he arrived at Kansas. KU withheld him from competition while it conducted an investigation into an alleged payment made to his guardian to secure his commitment to Self’s program, then last February, the NCAA handed him a two-year suspension. He won his appeal and was granted eligibility for the 2019-20 season. 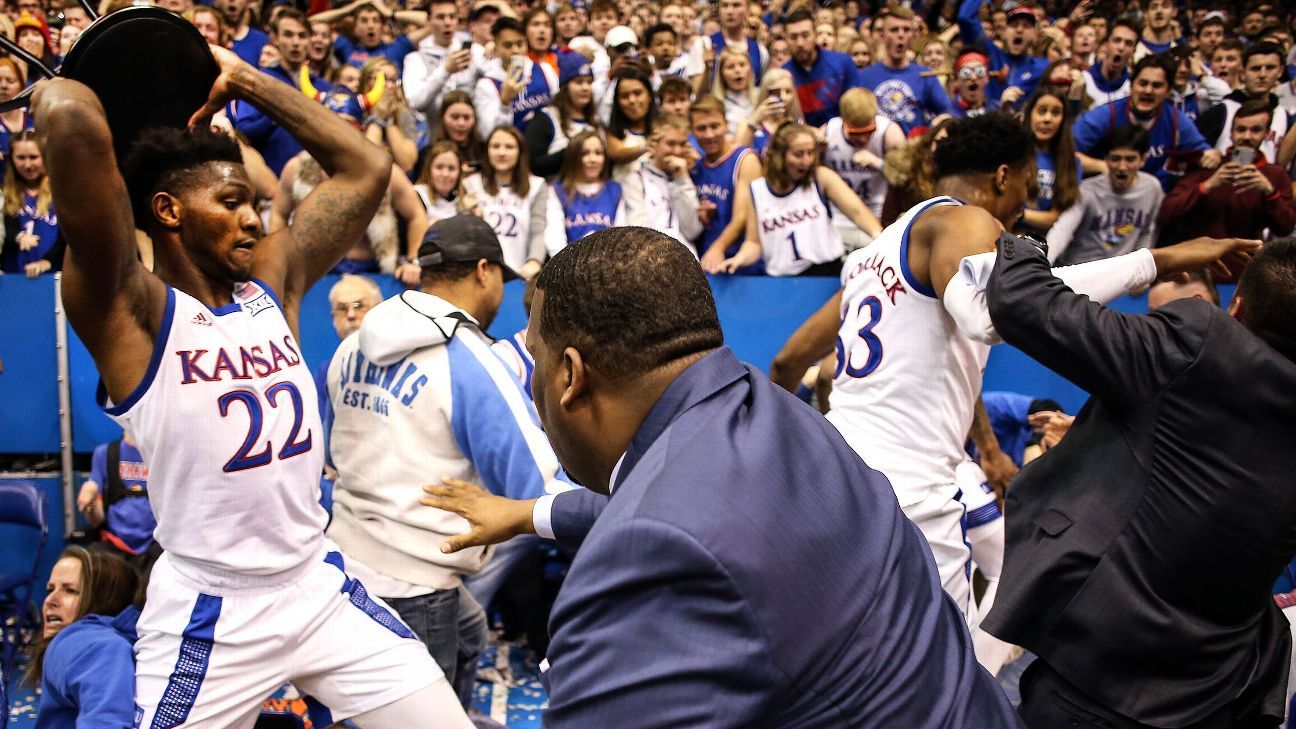 Via www.espn.com
The Kansas Jayhawks have suspended forward Silvio De Sousa indefinitely for his role in Tuesday…
01/22/2020 1:14 PM