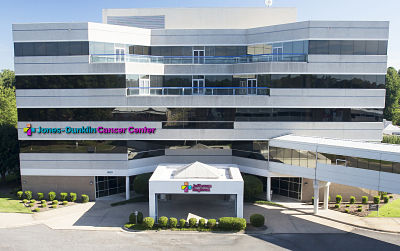 The hospital recently announced an investment of $8 million to the project, which will consolidate all Jefferson Regional cancer services under one roof at the Jefferson Professional Center I (JPC I) on 40th Avenue.

Services will include physician visits, an infusion center, a Breast Center, imaging services, care coordination, financial navigation and a newly constructed radiation oncology center. Through the new Cancer Center, Jefferson Regional will be able to coordinate care more easily for patients – from screening and diagnosis to therapy and beyond – all in one convenient location.

George Dunklin, Jr. is on the Jefferson Regional Foundation board and has been very impressed with the leadership of CEO Brian Thomas and his team.  “Brian has built a very impressive balance sheet, which allows Jefferson Regional to become a strong regional hospital for all of Southeast Arkansas.  My father, who passed away almost 14 years ago, served on the hospital board for several years and would be very proud to see how the hospital has positioned itself for future growth in the community that he loved so much.  My family and I are pround to be part of the new cancer center and to honor my father’s past service to Jefferson Regional”.

Sissy Jones, who founded Sissy’s Log Cabin, has experienced the care at the Jefferson Regional Cancer Center herself following a diagnosis of breast cancer. “I’m excited to lend my name to the facility that saved my life and can save many more people in the future.”

“I was devastated when I heard my mother’s diagnosis,” Billl Jones said, “and like anyone else, I was going to do everything in my power to make her healthy again. But she was right – the very best care for her was here locally at Jefferson Regional. I couldn’t be happier with her recovery, and the fact that I have her back on the job with me.  Her personal experience influenced our decision and we are proud to support the Cancer Center at Jefferson Regional which will ultimately benefit patients throughout the region.”

Next time your kids are fighting, try a ‘toy draft’