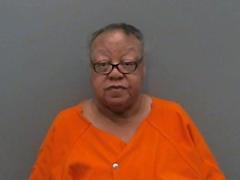 The Jefferson County Sheriff’s Office and the Criminal Investigation Division have completed the investigation of a recent homicide.

On Saturday, March 21st, deputies were dispatched to a residence located in the 10,000 block of Princeton Pike at 6:59 p.m. Upon arrival, deputies discovered an unresponsive male, who was pronounced dead by Jefferson County Deputy Coroner April Davis at 7:55 p.m.

The victim has been identified as 69-year-old, black male Robert Simmons.

70-year-old, black female Ella Simmons has been arrested and charged with murder – 1st degree. During her interview, she told investigators that she and her husband had an argument that led to him verbally abusing her and constantly following her throughout their home. She stated that she wasn’t going to allow him to put his hands on her so she fired shots at him.

Investigators recovered a silver revolver in the home.

The body has been sent to the Arkansas State Crime Laboratory for an autopsy.

Sheriff’s office is in search of theft suspects