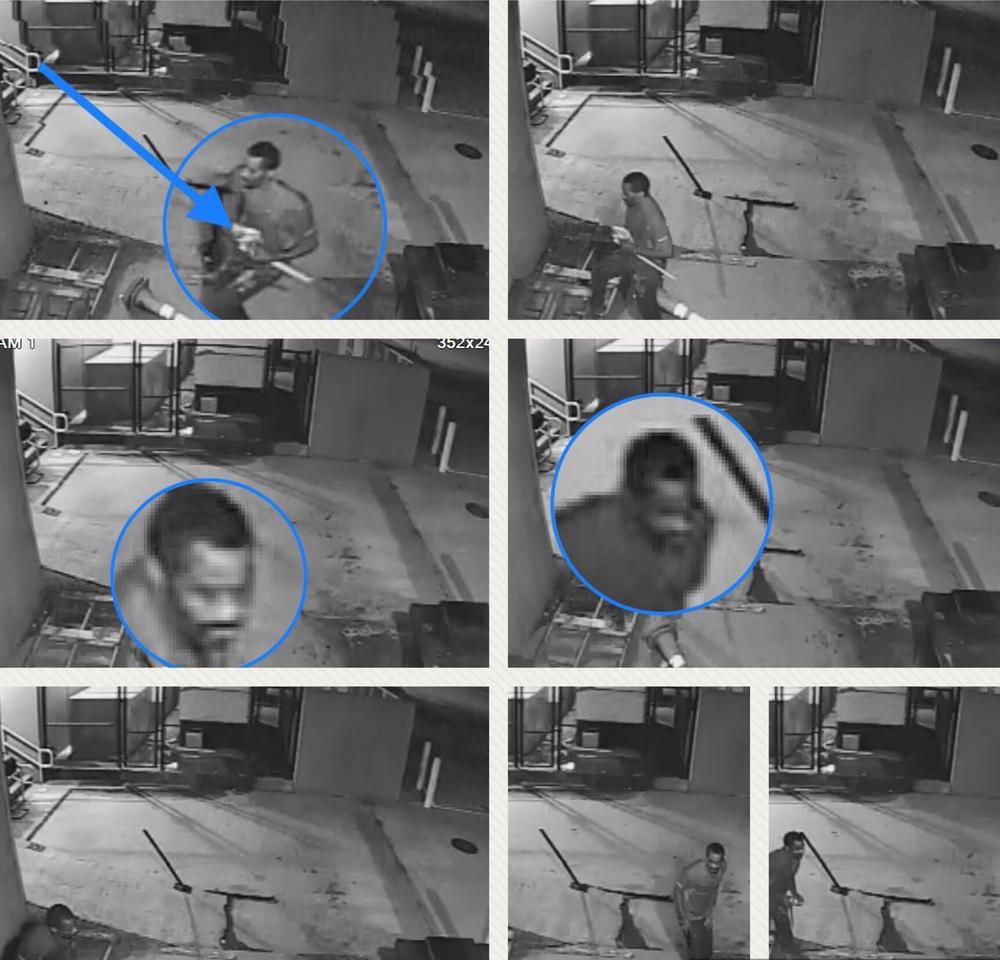 “A review of video surveillance by jail staff revealed an unidentified man running along the sidewalk near the jail,” says Major Lafayette Woods, Jr., who is Jefferson County Sheriff’s Office Operations Commander.  “The man was holding several unknown packages and what appeared to be a metal rod, which he used to carve out expansion foam between the concrete columns along the exterior walls of the jail.”

Although recorded on video surveillance, the suspect’s moves went undetected by the jail’s main control operator.

“Contraband not only threatens the safety and security of our jail for staff but also other detainees,” Woods said. “It causes an increased risk to our staff and detainees. When the contraband is illegal drugs, that risk is even higher, and the security of our facility has the potential to be compromised. These items can also easily become the catalyst for violence when they are used for bartering or when they are stolen by other detainees.”

Woods said that the sheriff’s office and the jail’s administrative staff have worked extremely hard over the years to implement new security protocols and systems to combat the issue with contraband being introduced into their detention facility.

“We also recognize that criminals have 24-hours a day to come up with ways to counter our efforts. We remain dedicated to ensuring the safety and security of our jail and those who sworn to oversee its daily operations,” says Woods.

He added that detainees and/or individuals caught possessing or furnishing any prohibited items will be arrested and prosecuted to the fullest intent of the law.

Anyone with information concerning the identity of the suspect shown in the jail video surveillance footage is asked to call the Criminal Investigation Division of the Jefferson County Sheriff’s Office at (870) 541-5496 Monday through Friday from 8:30 a.m. to 5:00 p.m. or (870) 541-5300 at any time 24 hours a day.

Information can also be provided via email at [email protected], Facebookhttps://www.facebook.com/jcso1830 and Twitter @JeffCtySO. Caller’s anonymity is guaranteed. A reward may be offered for information leading to the arrest and/or conviction of the suspect(s) in this case.