The Late Late Show host James Corden will be back to host the 2019 Tony Awards, honoring the best of Broadway.

This is Corden’s second time hosting the proceedings, having helmed the 2016 show, which won an Emmy Award for Outstanding Special Class Program. He opened the 2016 ceremony with a tribute to the victims of the Pulse Nightclub shooting in Orlando which occurred on the same day as the show and took the lives of 50 people.

Corden in a statement: “I’m thrilled to be returning to host the Tony Awards. The Broadway community is very dear to my heart, and I’m beyond proud to be part of this incredibly special night.”

The 73rd Annual Tony Awards will take place live from Radio City Music Hall in New York City on Sunday, June 9 and will air on CBS from 8 p.m. ET. 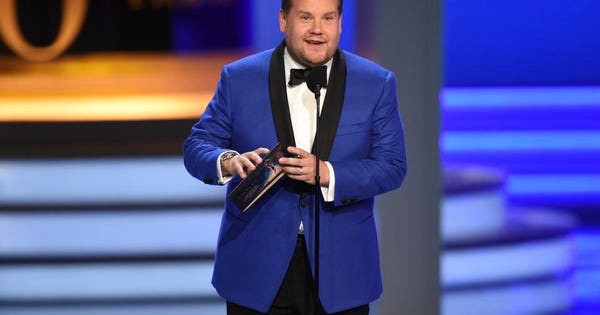 James Corden Set to Host the 2019 Tony Awards This June

Via www.forbes.com
Talk show host and funnyman James Corden has been tapped to host the Tony Awards for a second…
03/19/2019 1:20 PM

“He’s a leader”: Young Tony Soprano comes into his own in new trailer for ‘The Many Saints of Newark’