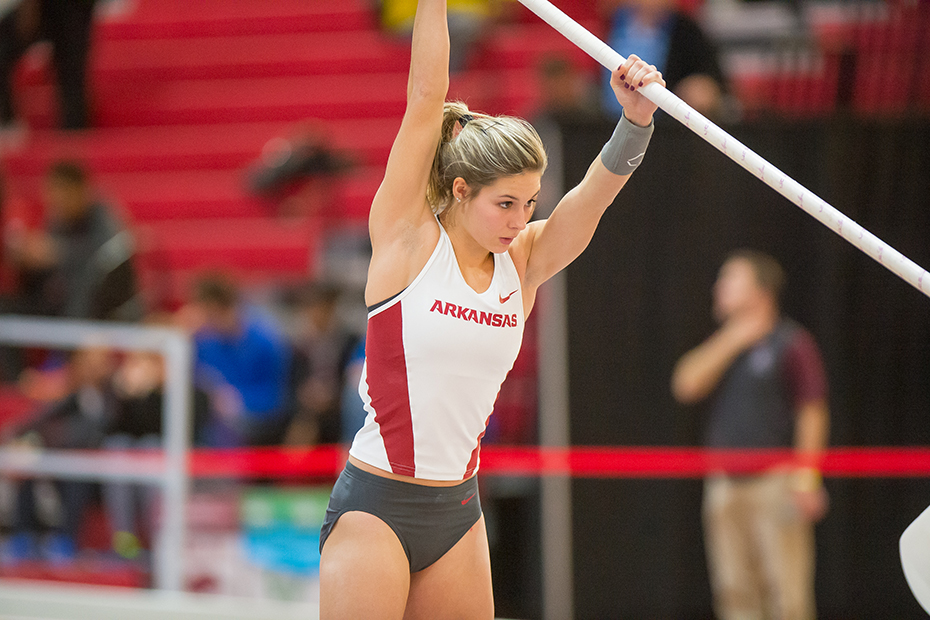 A native of Cabot, Ark., Jacobus is a four-time NCAA champion in the pole vault, including this past March at the NCAA Indoor Championships. She has earned First-Team All-American honors seven times during her storied career.

The indoor pole vault program record holder was an All-Southeastern Conference honoree six times and was a two-time recipient of the NCAA South Central Regional Field Athlete of the Year. She has also received the NCAA Elite 90 Award on three occasions, most recently this past June at the NCAA Outdoor Track & Field Championships.

a 2016 Olympian, Jacobus has been a member of four NCAA Champion teams for the University of Arkansas, helping the Razorbacks sweep the indoor/outdoor titles in 2019.

This is the second time this year that an Arkansas student-athlete has been named the Google Cloud Division I Academic All-America Team Member of the Year, joining Trevor Ezell (Baseball).

Werner, a sophomore from Ste. Genevieve, Mo., is a six-time First-Team All-American and was the NCAA Runner-up twice in 2019; Indoor 3,000-meters and outdoor 5,000-meters. Werner also captured the SEC Indoor 3k/5k sweep and the outdoor 5k. in 2019. During the 2018-19 academic year Werner swept the SEC Scholar Athlete of the Year award for cross country, indoor and outdoor track & field.

Among the 90 student-athletes selected to the Google Cloud Academic All-America® Division I Cross Country/Track & Field teams, 20 men and 33 women carry a 4.0 grade-point average or higher, including all 15 women on the first team.  The 15 members of the men’s cross country/track & field team carry an average GPA of 3.98, while the women’s team carry a 4.04 GPA.