A 51-year-old highway bridge in the Italian port city of Genoa collapsed on Tuesday, killing at least 26 people and injuring 15 others. Italian Premier Giuseppe Conte called it “an immense tragedy … inconceivable in a modern system like ours, a modern country.” The disaster, on a major interchange connecting Genoa and other northern cities with beaches in eastern Liguria into France, focused attention on Italy’s aging infrastructure. What caused the Morandi Bridge to fall remained unknown, and prosecutors said they were opening an investigation but had not identified any targets. Transport Minister Danilo Toninelli said the collapse was “unacceptable” and that if negligence played a role “whoever made a mistake must pay.”  Officials in the Liguria region said Tuesday night that 26 people had died, saying two more bodies had been found and one of the 16 injured had died in surgery. 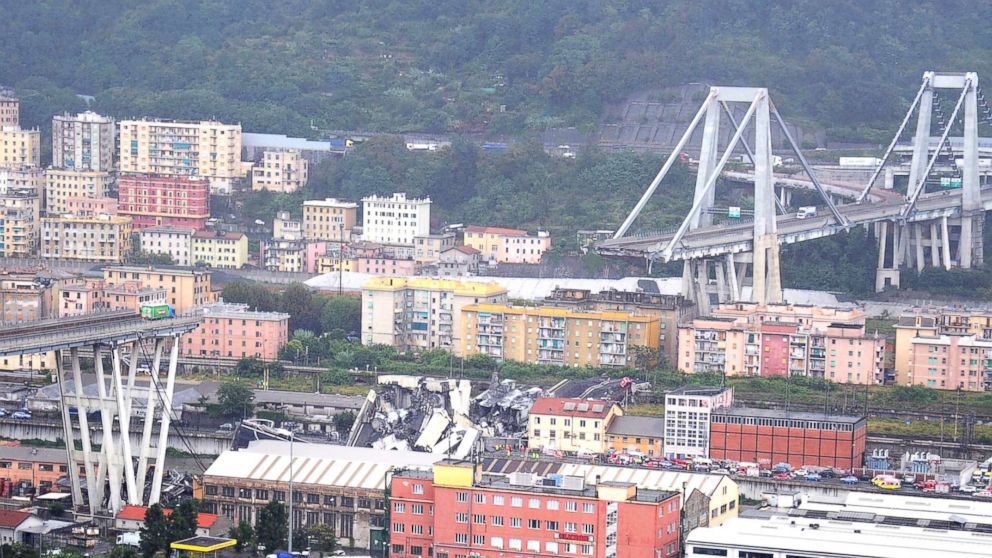 At least 26 dead after cars plunge off collapsed bridge in Italy: Officials

Good Samaritan jumps off bridge to save child, but wants to stay anonymous