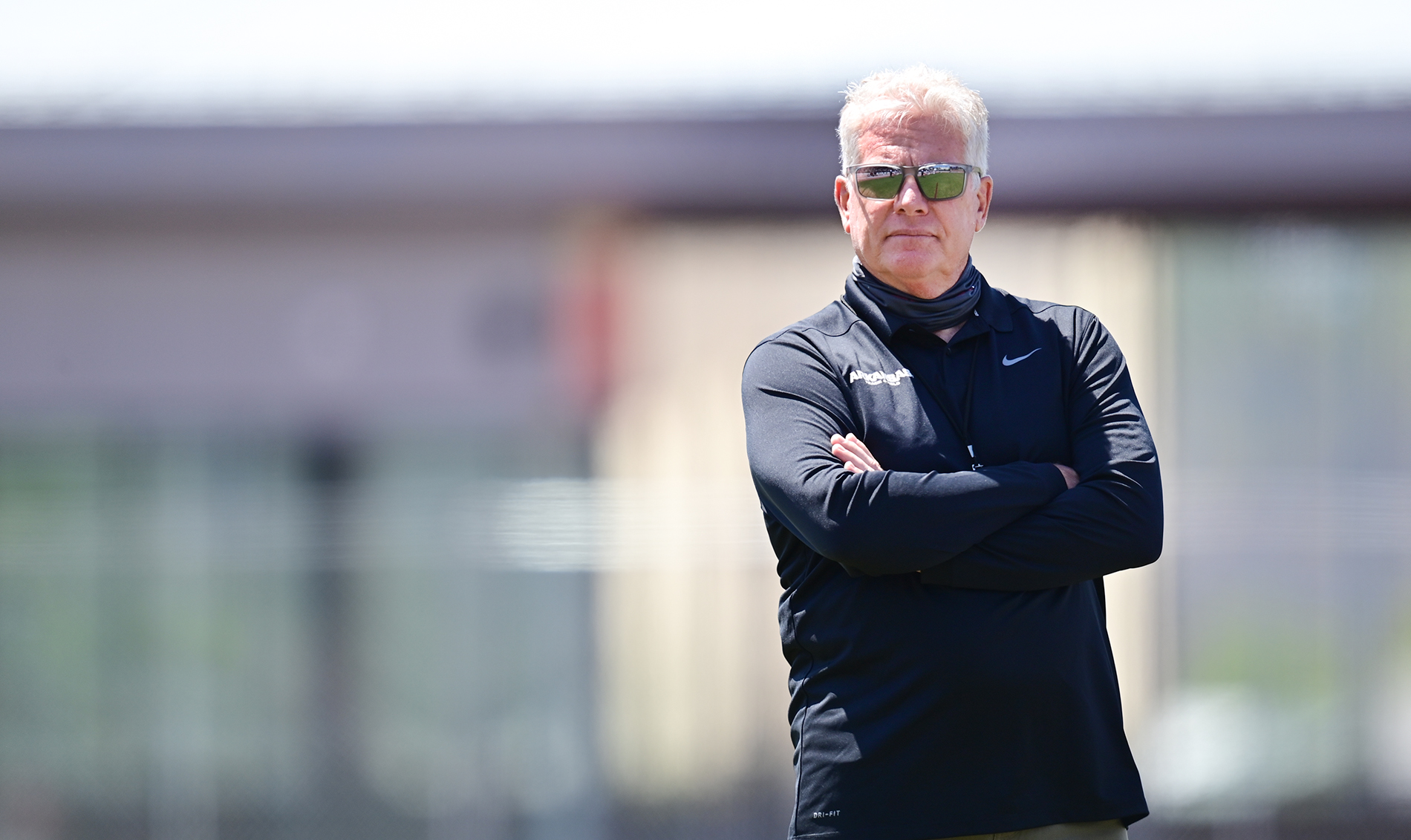 FAYETTEVILLE – The signing class for Arkansas men’s track and field for the 2021-22 season totals 21 new Razorbacks. The impressive array of talent is joining a team that earned program of the year accolades in 2020-21 and swept all three SEC Championships to complete its 16th conference triple crown.

“I’m thrilled with the class we have coming into our program, and appreciate the hard work of our staff,” said Arkansas men’s head coach Chris Bucknam, who is beginning his 14th season with the Razorbacks. “They’ve done a phenomenal job putting this class together.

“It represents our emphasis on being a broad-based program with the event areas this group covers. I’m thrilled that these student-athletes have chosen the University of Arkansas to continue their education and pursue their athletic ambitions. When they come to Fayetteville the two biggest assets are their time and effort, and that’s what they are going to get from us, as coaches and staff, in return.”

Headlining the incoming class are Ayden Owens, a decathlete who scored 8,238 points this season and placed second in the NCAA Championships with Michigan, along with a pair of elite prep sprinters in Brandon Battle of Edwardsville, Illinois, and Connor Washington from The Woodlands, Texas.

Owens was named Big 10 Field Athlete of the Year in 2021 as he won the conference decathlon title with his career best score, breaking the meet record and Michigan school record. His decathlon score ranks 15th on the 2021 world list. Owens was also a bronze medalist in the heptathlon at the NCAA Indoor Championships hosted by Arkansas.

Washington’s 200m best ranks second among high school marks this season and his 100m equals the top mark under all-conditions in 2021 while equaling the third best prep mark all-time. Battle’s 46.48 in the 400m ranks fourth this season.

Washington also ran third leg on the The Woodlands College Park 4×400 relay that claimed the state title in 3:13.37, the outdoor leader for 2021 and second fastest this season. He anchored the relay to victories in Area (3:13.69) and Region (3:13.74) meets in qualifying for the state meet.

Ten of the Razorback newcomers are collegiate transfers, who have experience competing in national or conference championships. Event areas covered by the incoming group include sprints (6), hurdles (5), middle distance (5), distance (2), jumps (2), throws, and multi-event.

Landén, who competed on the high school level with IMG Academy in Florida, was the lead-off leg of the winning 4×400 relay at the adidas Indoor Nationals where IMG posted a time of 3:13.33, the top prep time this season.

Additions to the Razorback roster also include Reuben Reina, an Arkansas state champion at 1,600m and 3,200m who established the fastest prep mile in Arkansas history at 4:07.53 in Nashville, which ranks 17th in the nation for this season. He also posted a 4:07.69 in the Brooks PR Invitational this summer.

Reina follows an impressive collection of family members who have competed for the Razorbacks. His father, Reuben, a 1992 Olympian, was a two-time NCAA champion, eight-time All-American and member of six NCAA Championship teams with the Razorbacks.

2019 NAIA national champion in javelin with a career best throw of 232-11 (70.99) after a runner-up finish in 2018 and fourth in 2017. Claimed three Chicagoland Collegiate Athletic Conference titles in the javelin, finished second in weight throw in 2020 after pair of fourth-place finishes. Linebacker as member of football team at Olivet Nazarene, earned All-Conference honors twice, second-team All-American and served as team captain twice.

No. 20 Arkansas looks to avoid letdown vs. Georgia Southern

Arkansas Falls To No. 18 Georgia Tech