Ichiro Suzuki Retires From Baseball After Final Game In Tokyo

Ichiro Suzuki, the legendary Japanese outfielder who played most of his MLB career for the Seattle Mariners, announced his retirement Thursday night. The 45 year-old Suzuki played his final game Thursday at the Tokyo Dome, where Seattle beat the Oakland Athletics 5-4.  He began his professional baseball career 27 years ago as a member of the Orix BlueWave for Nippon Professional Baseball in Japan.

Ichiro said in a statement released by the team, “I am honored to end my big league career where it started, with Seattle, and think it is fitting that my last games as a professional were played in my home country of Japan.”

Suzuki is considered one of the greatest baseball players of all time. He is a 10-time All Star in the majors, a 10-time Gold Glove winner, and a 3-time Silver Slugger. He won the 2001 American League Rookie of the Year and American League Most Valuable Player awards. Suzuki had 3,089 hits over his MLB career, and is the world leader in professional baseball hits, as his 4,367 combined hits in Nippon Professional Baseball and Major League Baseball exceed Pete Rose’s 4,256 career hits in the MLB. 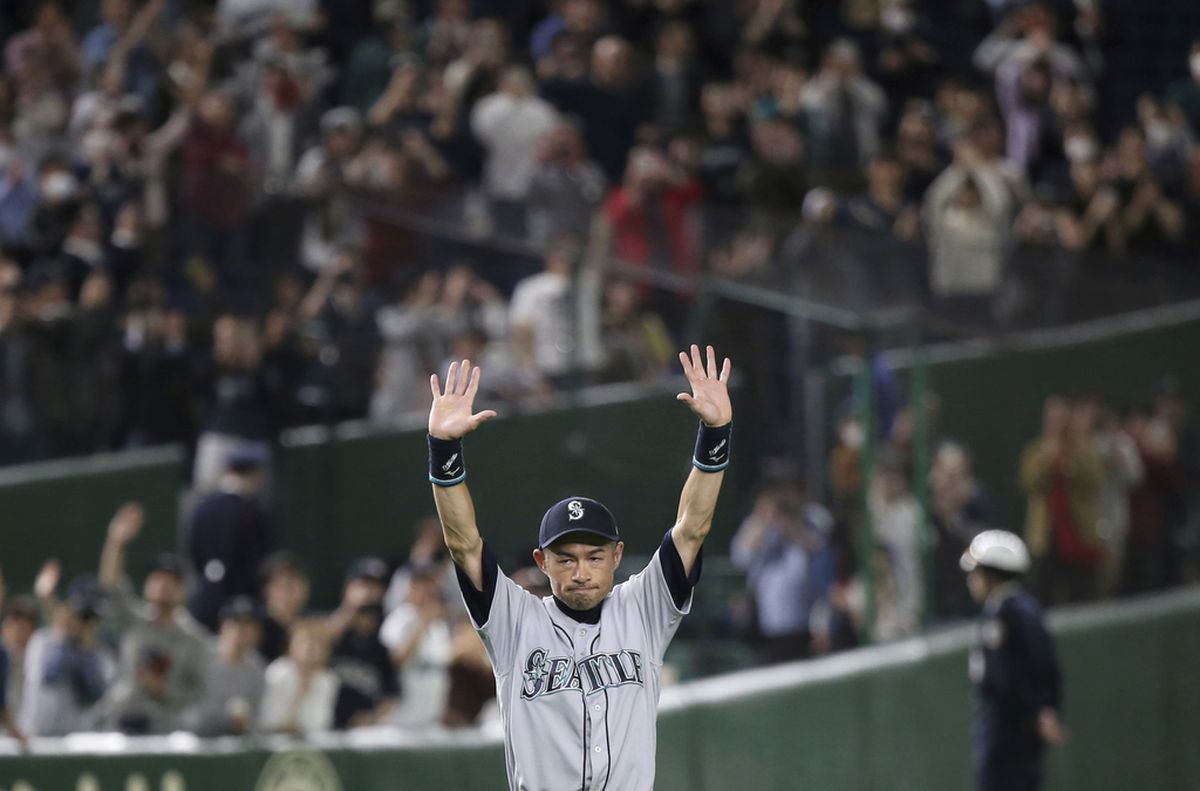 Via www.oregonlive.com
TOKYO — Ichiro Suzuki was showered with cheers and chants while taking his final bow…
03/21/2019 1:35 PM