People from across the U.K. gathered over the weekend in London to take part in a public protest over Brexit. The march, which organizers said drew more than 600,000 to west London’s Park Lane, was called by People’s Vote, a group that’s campaigning for the the public to have a say on any final Brexit deal to prevent the ruling Conservative government from forcing it through Parliament. As the March 29, 2019 deadline when Britain officially leaves the EU draws ever closer, the negotiations on Brexit have the general public divided, as well as made anxious many investors and businesses. 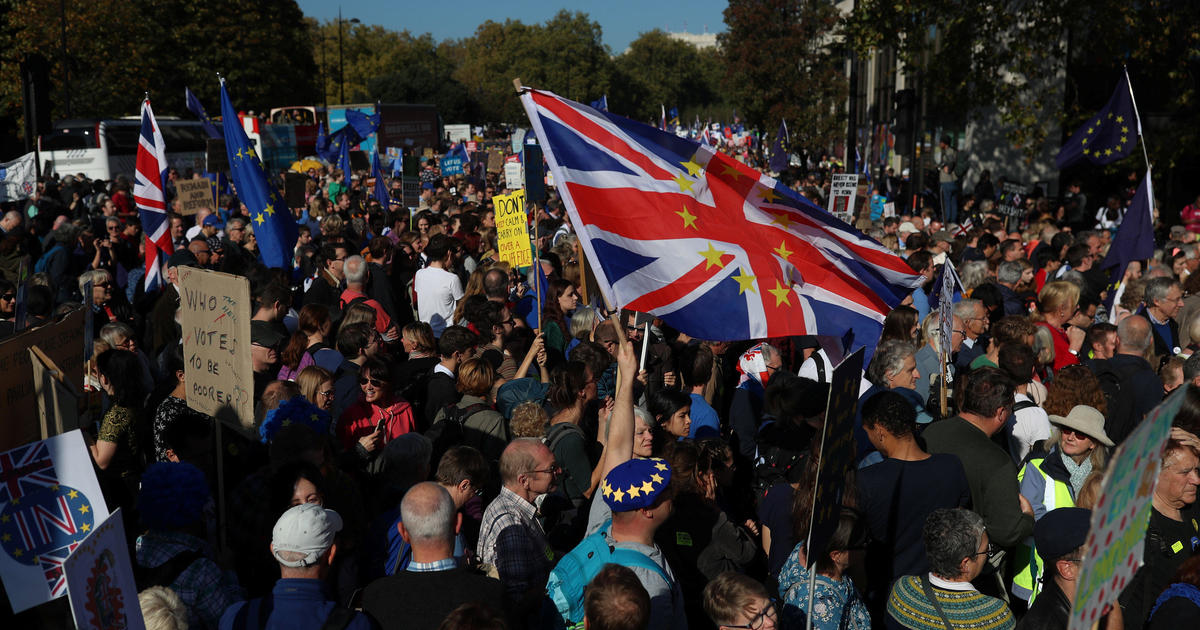 Via www.cbsnews.com
Demonstrators demand a final say over lawmakers’ plans on pulling Britain out of the European Union
10/21/2018 12:09 PM

More than 172,000 migrants, most in nearly two decades, stopped at US-Mexico border in March