James Harden of the Houston Rockets was voted the NBA’s Most Valuable Player, beating out four-time winner LeBron James and Anthony Davis of the Pelicans at the NBA Awards. Harden joined Michael Jordan as the only players to average at least 20 points, eight assists, five rebounds and 1.7 steals in a season. He led the league in scoring, 3-pointers and 50-point games with four while helping the Rockets to an NBA-leading 65 wins. Harden, who is from Los Angeles, led his mother on stage before he accepted the trophy from Commissioner Adam Silver. “I’m not going to get emotional,” he said from behind dark sunglasses. “She’s my backbone in good times and bad times.” 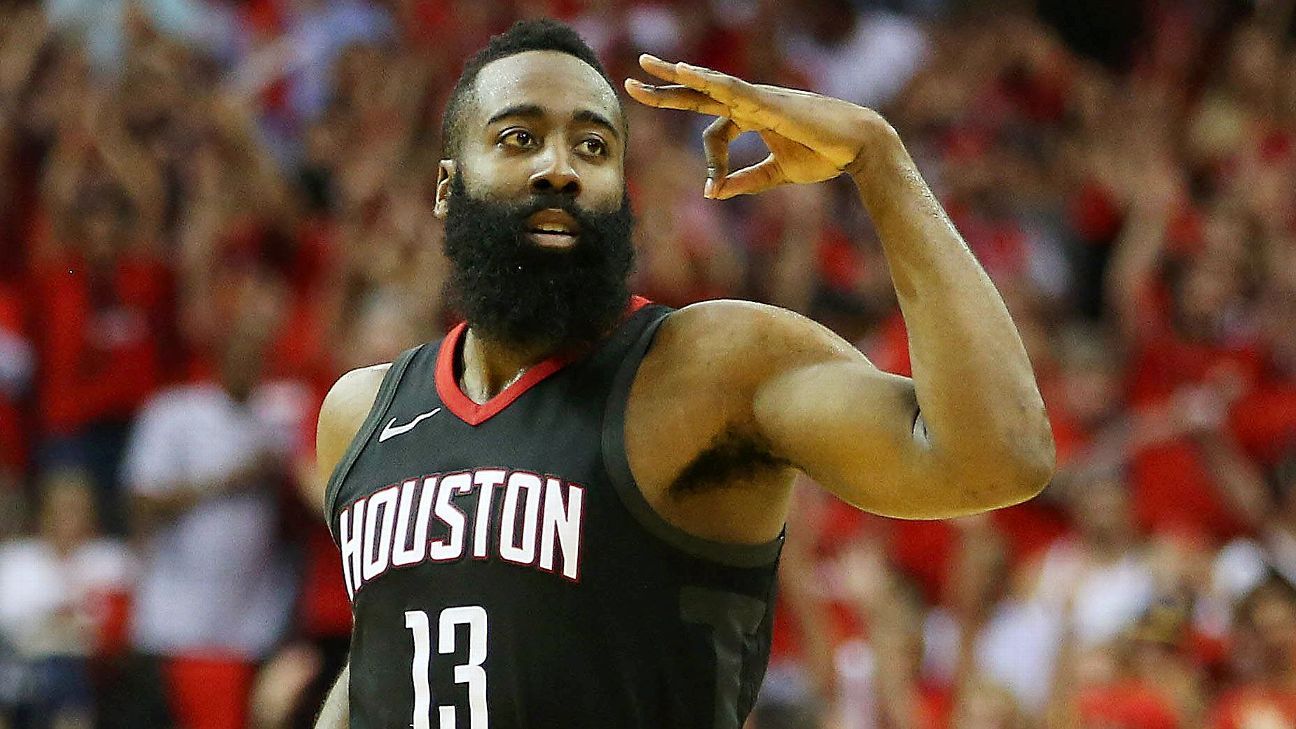