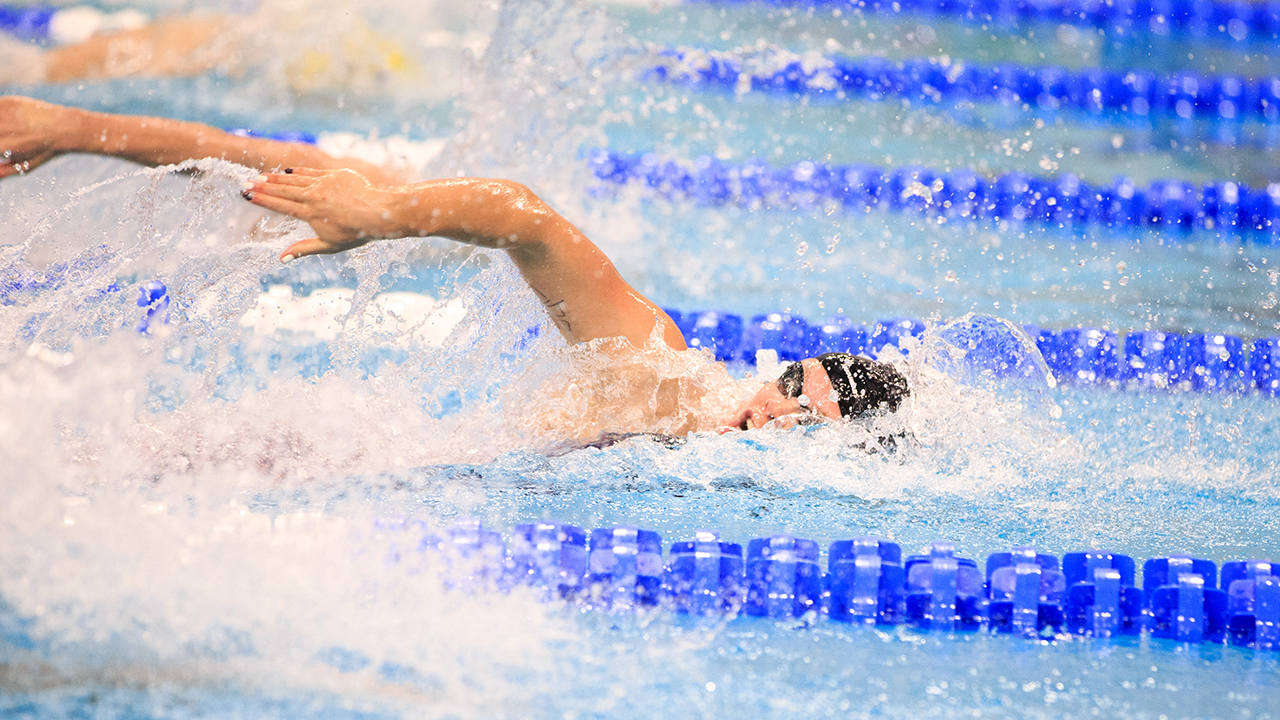 FAYETTEVILLE, Ark.- Junior Razorback Anna Hopkin has been selected as one of 25 swimmers to represent Great Britain at the 2019 FINA World Aquatics Championships in Gwangju, South Korea this summer, as announced by British Swimming Wednesday.

“I am incredibly excited to be selected as part of the British team for the World Championships,” Hopkin said. ” This was my ultimate goal for the season so I’m very happy my hard work has paid off and everything came together when it mattered.”

She set three Arkansas long course records while at British Nationals in the 50 meter butterfly and the 50 and 100 meter freestyles, recording personal bests in all three events.

The Preston, England native has made an immediate impact in her first year with the program, breaking nine individual records and three relay records. Hopkin was one of eight student-athletes to represent the Razorbacks at the NCAA Championships last month, recording two top-5 finishes to earn All-American honors in the 50 and 100 yard freestyle.

“We are all very excited for Anna,” head coach Neil Harper said. “The World Championships and her qualification at British Nationals last week have been top priorities for us. She has balanced a rigorous and successful collegiate season and has kept everything in perspective. Our program has had swimmers and divers at the World Championships as well as the Olympic games before, so it is important that we continue this legacy and have Razorbacks represent us at the highest levels in our sport. Now, Anna is enjoying a little break before she rejoins her teammates for another build-up for summer success at both the national and international levels.”

The FINA World Aquatics Championships will be held from July 12-28 in Gwangju, South Korea, with the swimming events set for July 21-28. Hopkin is eligible to swim the 50 and 100 meter freestyles, as well as women’s and mixed relays.