On Wednesday, Homeland Security Secretary Kirstjen Nielsen defended President Trump‘s assessment that the situation at the southern border constitutes a national emergency, telling lawmakers that an extended influx in migrants could “overwhelm” the immigration system.

Nielsen testified before the House Homeland Security Committee that illegal immigration “is spiraling out of control and threatening public safety and national security.” Nielsen said in her opening statement that “Although we may disagree on solutions, I hope there can be a consensus that the current system isn’t working and that this is an emergency.”

Trump’s emergency declaration has been a source of debate in Congress since he issued it last month. Democrats have maintained that no such emergency exists based on government data, while some GOP lawmakers have expressed concerns about Trump’s use of executive authority to skirt Congress to secure funding for a border wall. 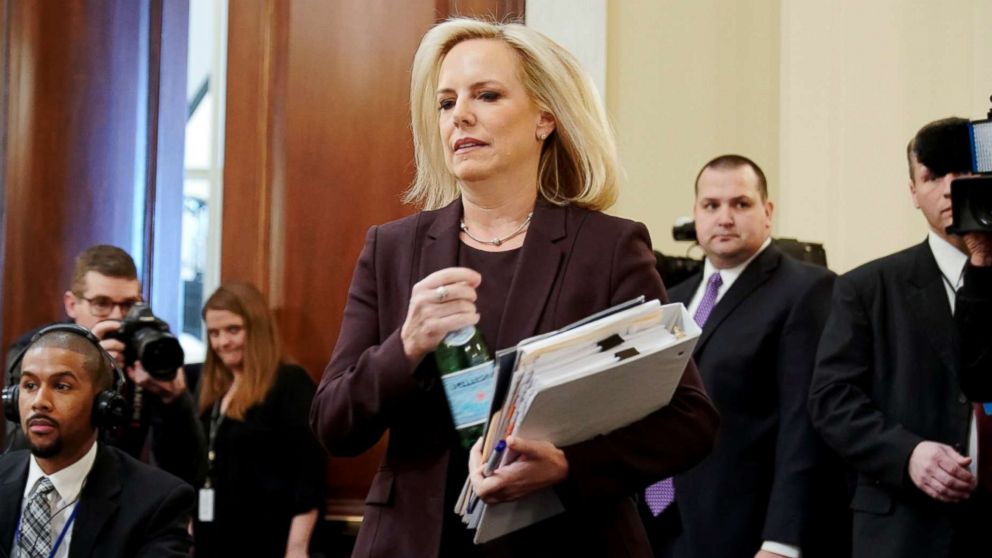 Via abcnews.go.com
Homeland Security Secretary Kirstjen Nielsen faced Democratic lawmakers amid the debate over…
03/06/2019 11:26 AM

Fire emergency in the West: At least 50 wildfires burn