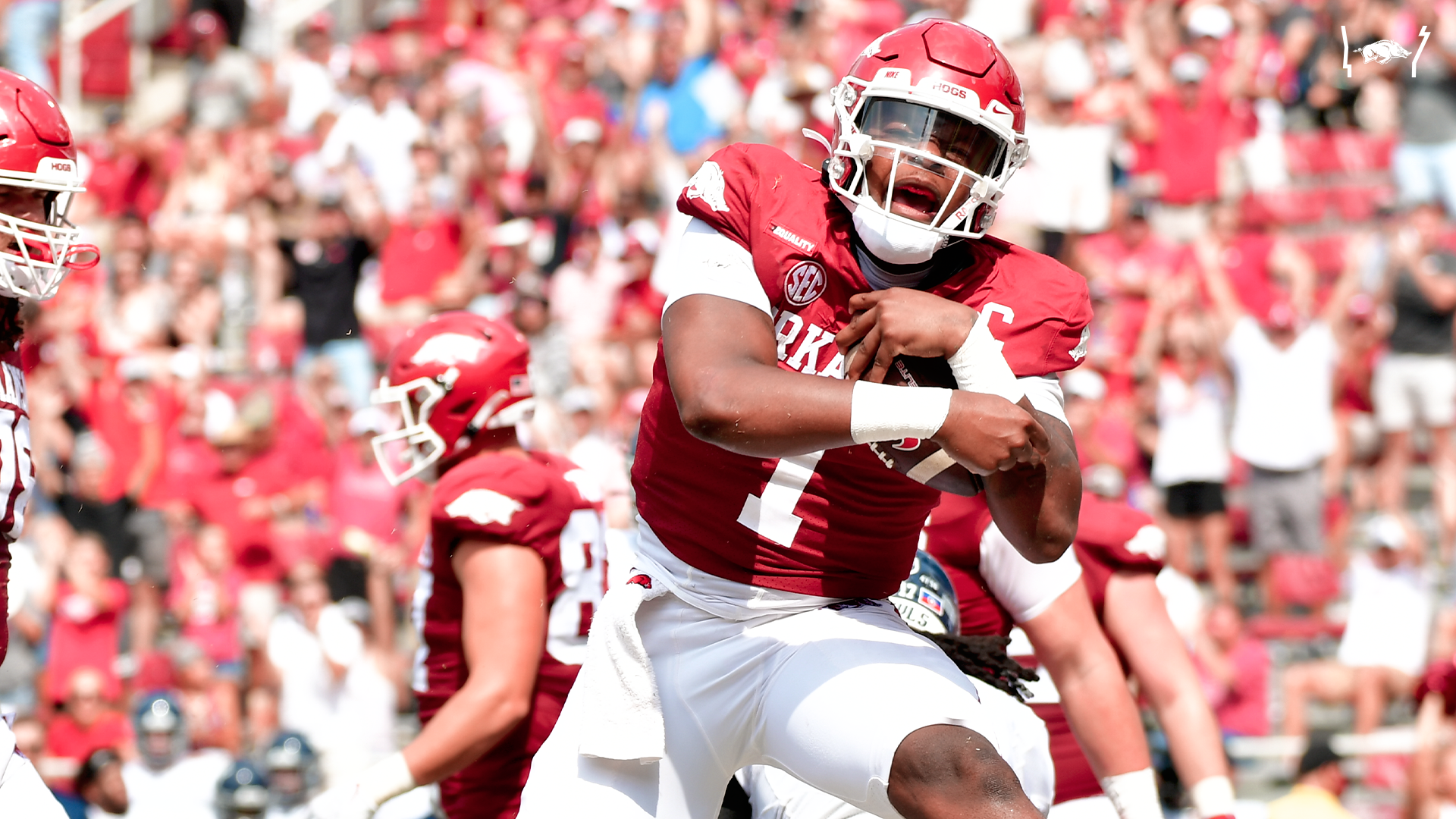 FAYETTEVILLE – Arkansas Football is 1-0 on the new season, taking over in the second half to beat Rice, 38-17. KJ Jefferson did it all for the Hogs, totaling three touchdowns on the day. Jalen Catalon also made his presence known, pacing the Hog defense with two interceptions.

Jefferson finished the night 12 of 21 for 128 yards a touchdown through the air also throwing an interception. He also contributed 89 rushing yards and two scores. Trelon Smith lead the way on the ground for the Hogs, racking up 102 yards and a touchdown on 22 carries. Trelon Burks led in receptions with 5 for 42 yards, while Tyson Morris had 3 catches for 42 yards and a score. Linebacker Bumper Pool paced the razorbacks on defense with 14 total tackles, followed by Jalen Catalon with 11.

The Hogs will prepare for one of the oldest rivalry games in college football when they host the Texas Longhorns Saturday. Kick off is set for 6p.m. and will be broadcasted live on ESPN.