Hogs Complete the Sweep, Defeat No. 23 Auburn on Senior Day

Hogs Complete the Sweep, Defeat No. 23 Auburn on Senior Day 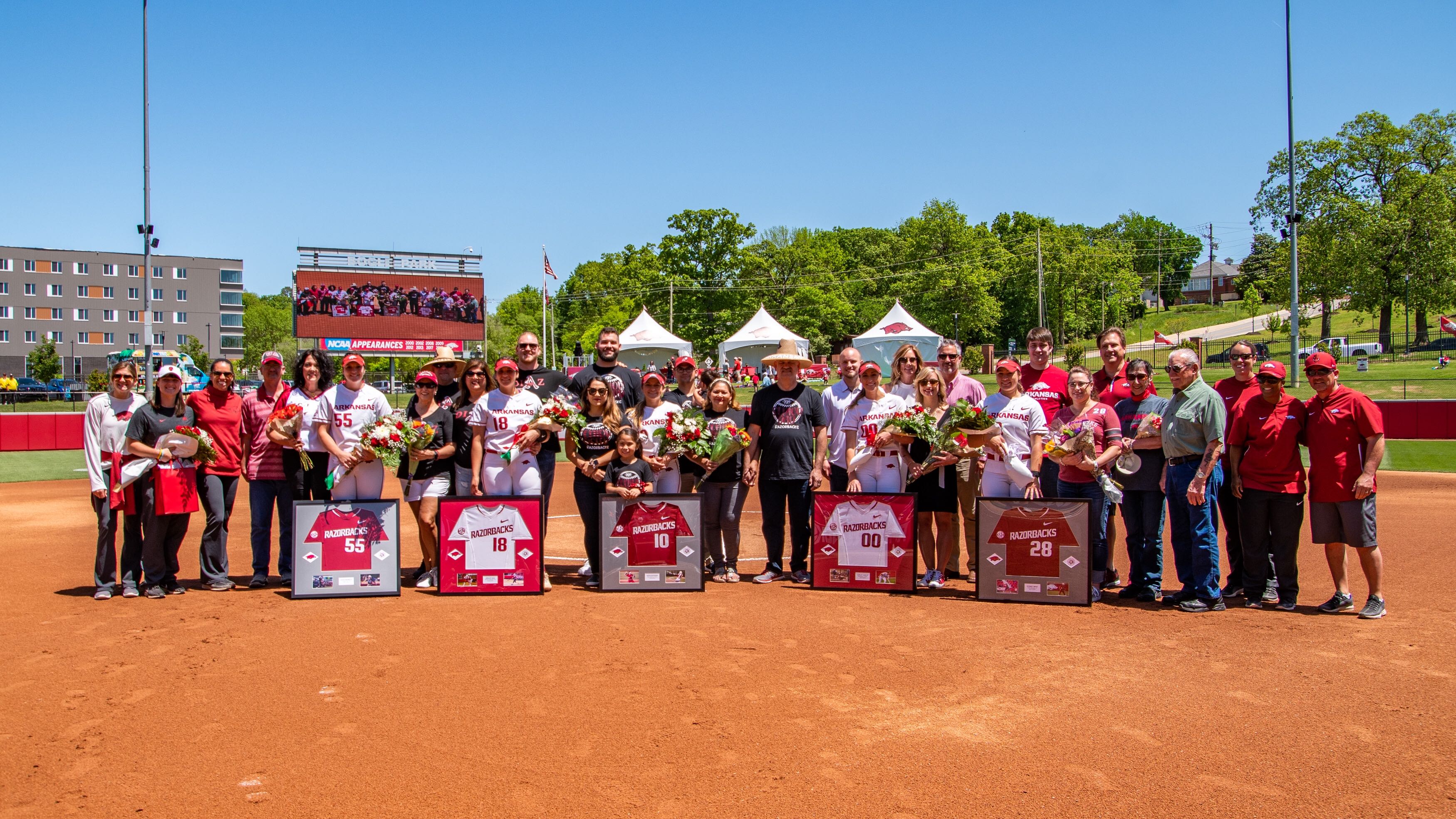 FAYETTEVILLE – No. 20 Arkansas completed its first sweep of the season, closing out the regular season with a 5-2 win over No. 23 Auburn on a sunny Sunday afternoon at Bogle Park. Senior Ashley Diaz hit a go-ahead home run in the bottom of the first and the Razorbacks never looked back.

Sophomore Hannah McEwen was on base when Diaz’ home run soared over the left-field wall, giving Arkansas the 2-1 lead.

For the second game in-a-row, the Tigers were the first on the scoreboard. Auburn opened up the contest with a leadoff double by senior Casey McCrackin and was driven in by Alyssa Rivera on a follow up base hit.

The score remained deadlocked until the bottom of the fifth inning, when sophomore Danielle Gibson connected on the first pitch of the inning far beyond the center-field fence.

Senior Katie Warrick scored Arkansas’ third run of the game, extended the Hogs’ lead to 3-1 after five frames. Warrick reached base early in the inning on a fielder’s choice and after an Auburn error and wild pitch, crossed home.

Tiger Kendall Veach homered to start the sixth inning but Diaz’ bat stayed hot, and with an RBI-double to right-center field in the bottom of the inning, the Razorbacks had the insurance run they needed to close out the win.

Starter Autumn Storms pitched six innings for Arkansas in her 20th win of the season, giving up only four hits.  Mary Haff entered in relief for Storms and earned her fifth save of her sophomore campaign after retiring the Auburn lineup in the top of the seventh.

With the sweep of Auburn complete, the Razorbacks finished the regular season tied for sixth and 12-12 in conference play for the second year in-a-row. The Hogs earn the ninth seed after a four-way tie in the SEC rankings between Florida, Missouri and Georgia. Arkansas will face eighth-seeded Georgia in the first round on Wednesday evening (May 8) at 5:30 pm (CT).