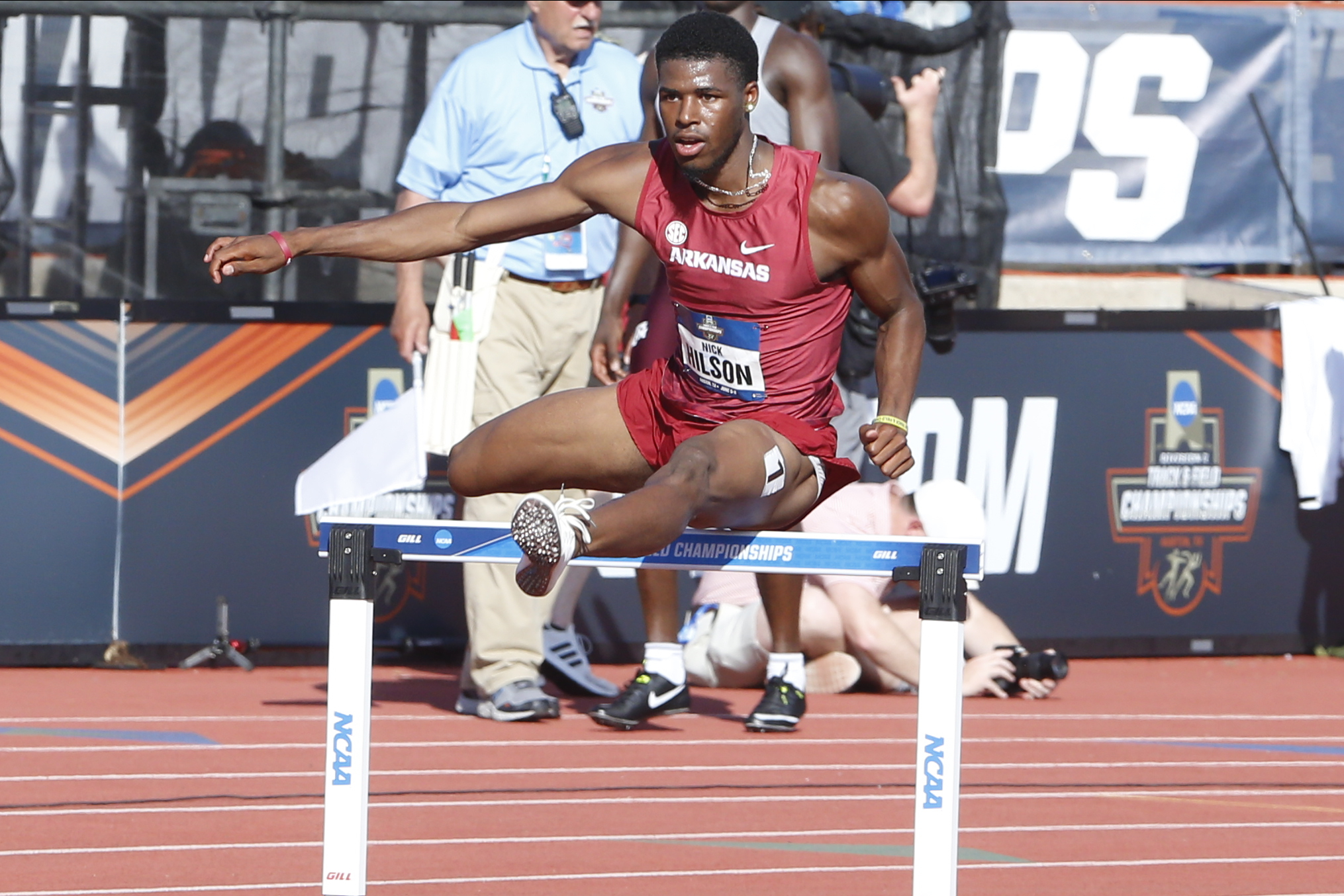 DES MOINES, Iowa – Day one of the USATF Outdoor Track & Field Championships featured performances by nine former or current Razorbacks a busy day on the oval for the hogs.

Kiara Parker advanced to the semifinals of the women’s 100-meters, advancing on time, with a run of 11.57q – the 15th-fastest time of the day. Parker was a USATF 100-meter finalist last year finishing eighth-overall in the event.

#ProHog Kenzo Cotton opened up competition in the men’s 100-meters securing his spot in the semifinals with an auto-Q finish running 10.41Q taking third in his prelim heat.

Fellow #ProHog Nikki Hiltz locked up a spot in the 1,500-meter final after she finished second in her heat running 4:07.40 – the second-fastest time in the prelims.

Nick Hilson punched his ticket to the next round of the men’s 400-meter hurdles running a lifetime-best of 50.03. His time is the fourth-fastest in program history. #ProHog Larry Donald finished 19th overall in the event running 51.82.

Marqueze Washington finished 22nd in the prelims of the 400-meters running 46.77.

#ProHogs Stanley Kebenei and Frankline Tonui, both of Nike, advanced to the 3,000-meter steeplechase final running times of 8:32.06 and 8:35.81, respectively. Kebenei posted the fastest mark in the prelims while Tonui enters the final sporting the 10th fastest time from the preliminary round.