A storm brought high winds and heavy rains to central Arkansas      earlier this morning, flooding roads and knocking down trees.

Semi-trucks were knocked over at the Diesel Academy in southwest Little Rock. Roofs in the area were blown off. 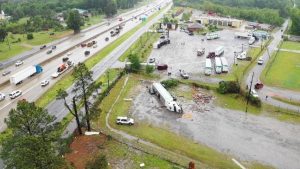 The Pulaski County sheriff’s office said trees and power lines had been knocked down. In Hot Springs, flooding closed Central Avenue at Files Road, according to police. Police said two cars have been removed from the water.

Sherwood police said a bridge on Windchime Avenue had been closed because of high water.

Drivers were asked to avoid those areas at this time.

More than 7,347 Entergy Arkansas customers were without power as of 1:47 p.m. 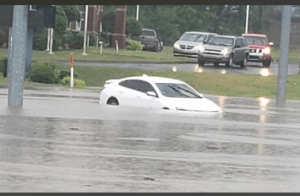