Harvey Weinstein pleaded not guilty on Tuesday, June 5, to felony rape and criminal sex act charges, the Associated Press reports. Weinstein appeared before Justice James M. Burke during a hearing at the State Supreme Court in New York City, where he answered a series of yes-no questions about his rights before entering his plea. Weinstein turned himself in to authorities on May 25 on charges involving former actress Lucia Evans and a second woman, who has not been publicly identified. Evans, 36, has claimed that the former producer forced her to perform oral sex on him at his office in 2004, while the unidentified woman alleged that he raped her in a hotel room in 2013. Weinstein is out on $1 million bail, has denied all claims of nonconsensual sex. His lawyer has claimed that the sexual encounters with Evans and the second woman were consensual. 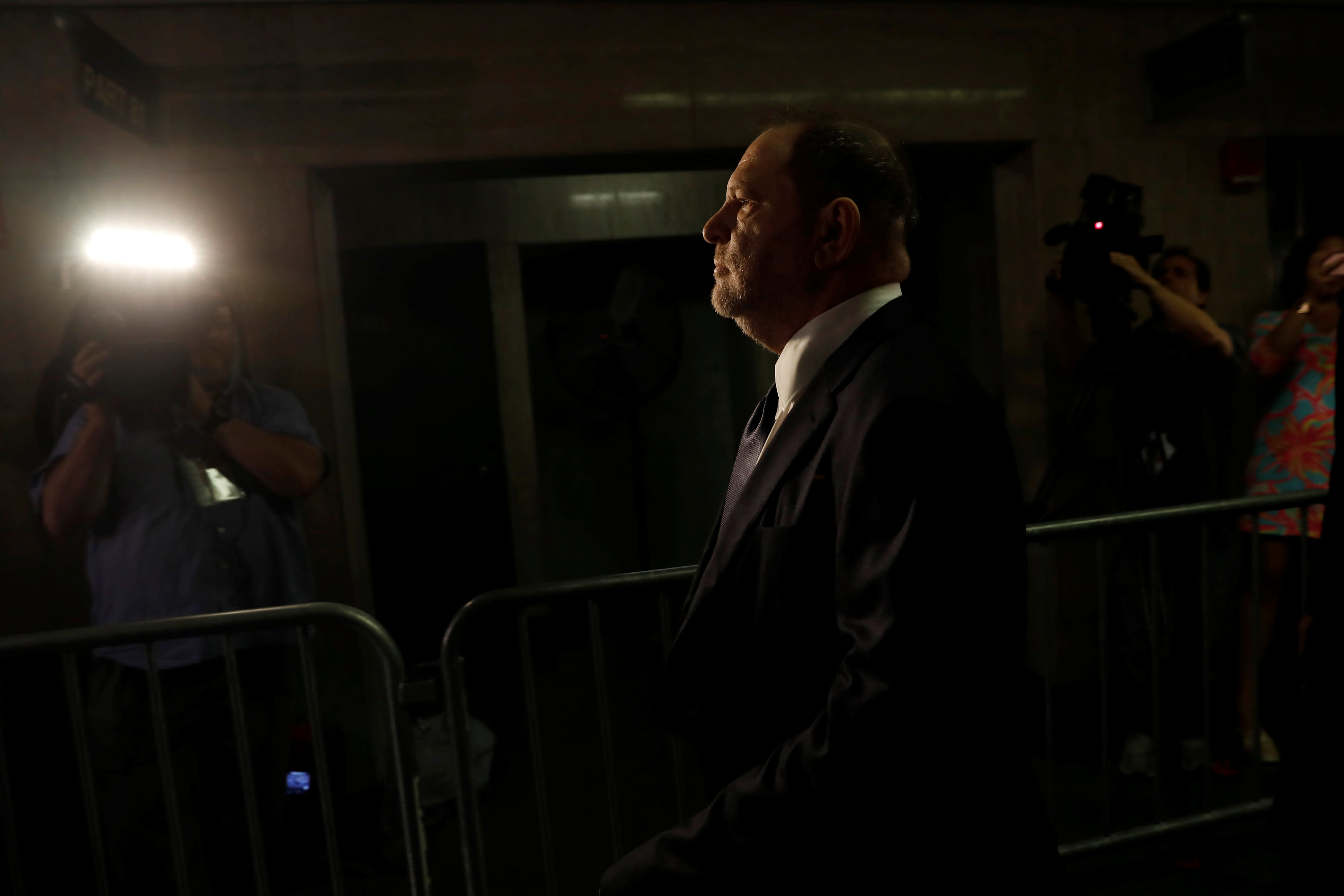