On July 9, Good Charlotte announced that they’ll be kicking off a North American tour this fall in support of their seventh studio album Generation Rx. The tour will start off in Mexico City on Oct. 12 and will finish in Las Vegas, NV on Nov. 24. Fans that are a part of the fan club can purchase pre-sale tickets starting tomorrow (July 10) on the band’s website. Generation Rx will be officially released on Sept. 14. After the North American tour Good Charlotte will hit the road again, going overseas to The UK and Europe starting in February 1, 2019. Check out the complete list of tour dates below. 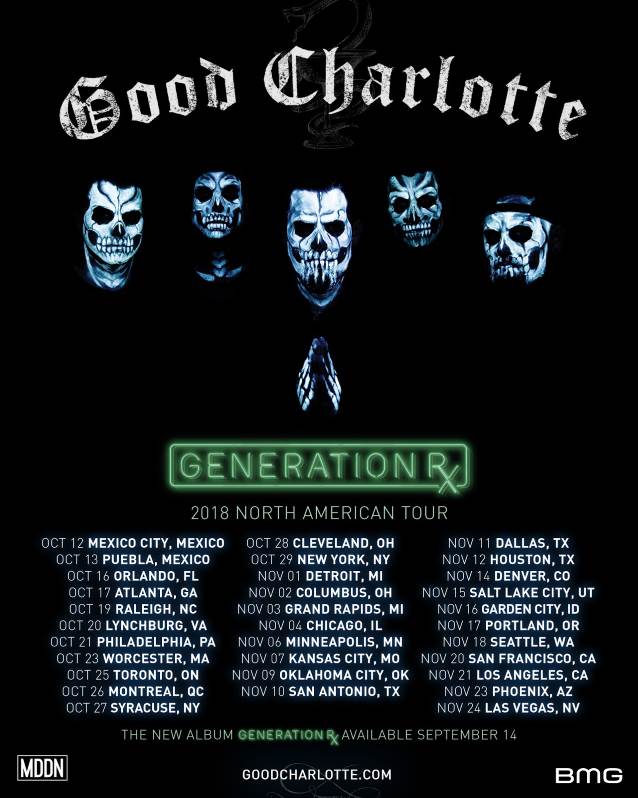 Via www.blabbermouth.net
GOOD CHARLOTTE has announced a massive North American tour in support of its seventh full-length…
07/09/2018 8:30 AM