Kevin Durant returned from a strained calf injury to play with his team the Golden State Warriors on Monday night, hoping to keep the Toronto Raptors from winning their first championship in the franchise’s 24-year history.

Durant’s return was exciting but short-lived; however the Warriors were able to defeat the Raptors with a close 106-105 win in Game 5 of the NBA Finals.

Durant left the game with a right leg injury at 9:46 of the second quarter and did not return, but with the Warriors victory against Toronto, they were able to force one last game at Oracle Arena. 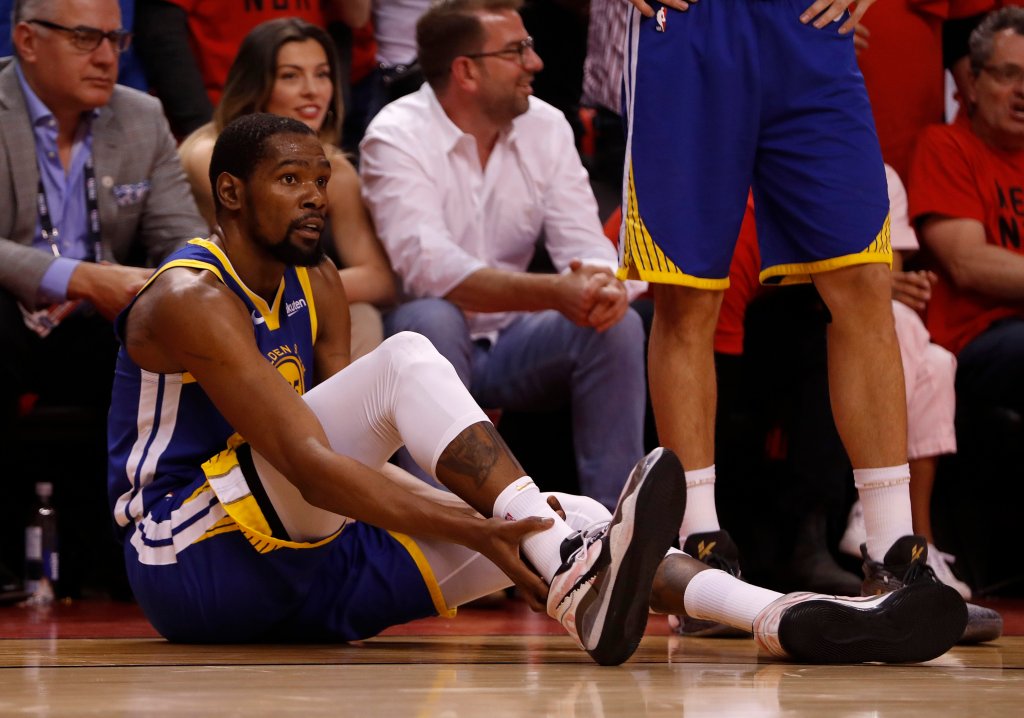 Via www.eastbaytimes.com
TORONTO – Just like he did almost seamlessly in his first two years with the Warriors,…
06/11/2019 6:45 AM