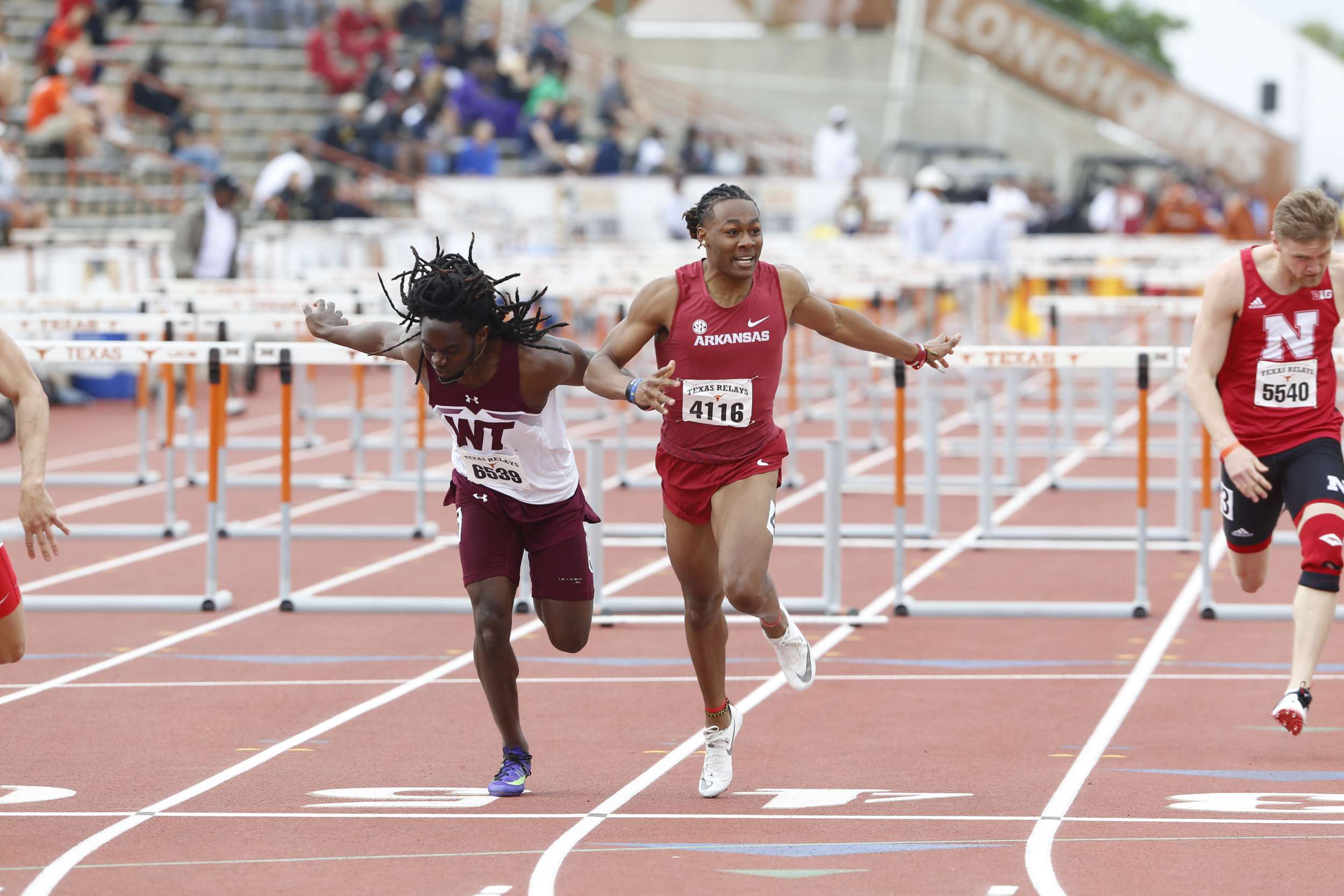 AUSTIN, Texas – No. 23 Arkansas closed out the 92nd Clyde Littlefield Texas Relays with strong performances at Mike A. Myers Stadium on the campus of the University of Texas Saturday night.

Next on the track for the Razorbacks was the 4×200-meter relay of Josh Oglesby, Rashad Boyd, Kris Hari, and Carl Elliot III finishing ninth-overall in 1:25.97.

In the final of the men’s 110-meter hurdles, Tre’Bien Gilbert, who ran a lifetime-best to qualify for the final, posted yet another lifetime-best in a seventh-place finish running 13.94 followed closely by teammate Shakiel Chattoo in eighth at 14.04 just two one-hundredths (.02) of a second off his season-best.

Closing out the meet was the 4×400-meter relay of John Winn, Hunter Woodhall, Rhayko Schwartz, and James Milholen combining to run a season-best time of 3:09.94 for sixth-place.

New York, California And Texas Governors In Support Of Return Of Pro Sports