GIBSON announced on Tuesday, January 15, the release of a limited-edition Chris Cornell Tribute ES-335 guitar.  The guitar was officially unveiled at “I Am The Highway: A Tribute To Chris Cornell” the star-studded concert event honoring Chris Cornell’s legacy.

Cesar Gueikian, Chief Merchant Officer of GIBSON said: “Chris Cornell was not only one of the most iconic singer songwriters of all time, he was a modern innovator who left a legacy that transcends music genres and generations,” says. “It is our honor to release this tribute ES-335 in his memory.”

The “I Am The Highway: A Tribute to Chris Cornell”  featured members of Soundgarden, Temple of the Dog, and Audioslave and special performances from the Foo Fighters, Metallica, Ryan Adams, and more. Tickets were sold to benefit The Chris and Vicky Cornell Foundation, and The Epidermolysis Bullosa Medical Research Foundation, a nonprofit dedicated to raising funds and awareness for this painful and debilitating genetic disorder. GIBSON will donate two of the limited-edition Chris Cornell ES-335 models in partnership with the show to raise additional monies for both foundations. 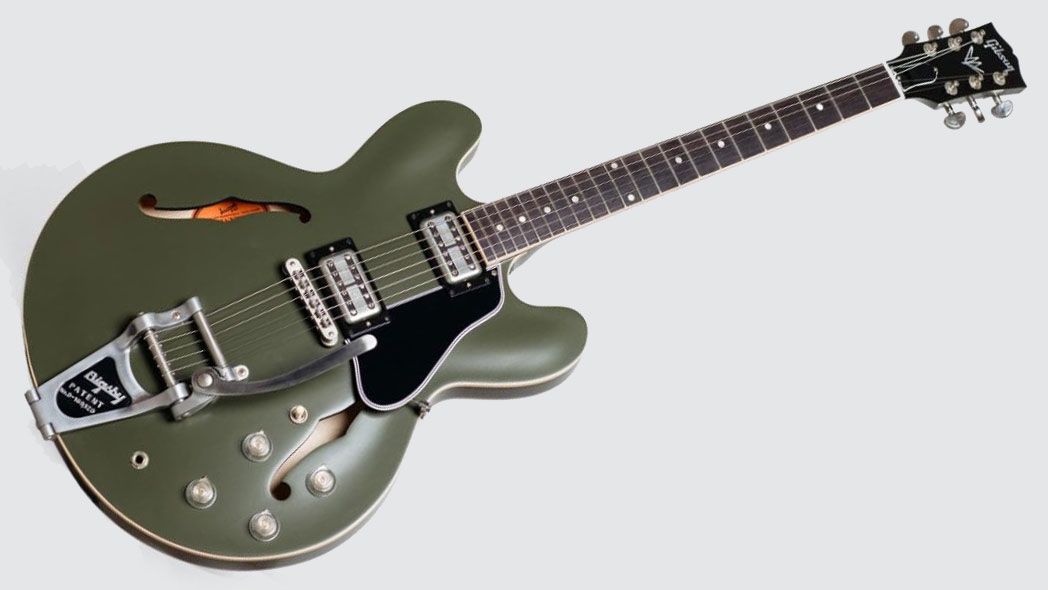 Via www.musicradar.com
Gibson has announced the release of a limited-edition Chris Cornell Tribute ES-335 signature…
01/16/2019 4:19 AM