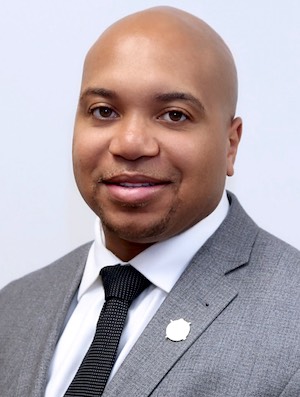 Go Forward Pine Bluff CEO Ryan Watley has delivered an open letter to Secretary Johnny Key and the State Board of Education regarding the Pine Bluff School District.

The letter comes following a series of meetings between teachers, a controversial meeting between Superintendent Barbara Warren and the community, and a student walk out that have all happened in recent weeks.

“The intent is for them to understand the state of emergency with our education system and act accordingly in partnership with the community,” said Watley in an email to Deltaplex News.

The letter can be viewed below:

Secretary Key and State Board of Education:

In 2017, the public-private partnership between the City of Pine Bluff and Go Forward Pine Bluff (GFPB) successfully passed a $35 million tax for economic growth, government infrastructure, quality of life, and education. To date, the partnership has and continues to receive national attention for the progress gained in affordable housing, abandoned home and blight removal, public facilities, crime reduction, and teacher quality through extensive licensure exam support. However, despite being under the State Department of Education’s authority for eight years, there continues to be growing tensions and frustration with many aspects of the local education system.

On March 14, the Mayor’s Leadership Roundtable hosted Secretary Key, Deputy Commissioner Stacy Smith, and Superintendent Barbara Warren. There was a very deliberate conversation around plans for the school district. However, there was no mention of Superintendent Warren’s consideration on March 9 to reconfigure district schools during the meeting. This consideration includes relocating Pine Bluff High School and abandoning the current academic and athletic facilities. This decision does not follow the original plan introduced by former Superintendent Dr. Jeremy Owoh to construct within the existing footprint. This plan received overwhelming community support and included action items to address academic deficiencies.

Having invested approximately $300,000 and several hundred hours towards improving education in Pine Bluff, failure to discuss this plan with community stakeholders demonstrates an unwillingness to collaborate to benefit all residents, specifically the children of Pine Bluff. The high school’s location is within walking distance of a growing Downtown, which
has seen approximately $40 million in investments over the past four years. Moreover, closing the current high school will
decrease students’ and faculty’s ability to benefit directly from established educational and extracurricular institutions such
as the Arts and Science Center, the new Jefferson County Main Library, Pine Bluff Community Center, the Aquatics
Center, the Arkansas River Service Cooperative and the Generator. These institutions are within walking distance of the
high school, and developing formal partnerships will work to reverse poor academic scores and extracurricular activities.

Most important, community disappointment is not limited to the school realignment proposal. The school district’s
secondary schools have ranked at the bottom in the state for nearly a decade. The District has produced a significant
imbalance of students who exit the District with insufficient skillsets compared to their counterparts in Jefferson County
and throughout the state. As a result, our students are often unable to contribute to our economy and workforce. Data
shows that less than 5% of students in grades 5,8,9, and 10 reached standard performance on the ACT Aspire exam. This
data correlates with data showing that our teacher workforce includes many uncertified teachers. A recent report indicates
that Pine Bluff School District students can matriculate through the K-12 system without a certified teacher. These
realities, coupled with the underwhelming school culture and climate, fuel evident disbelief in the Pine Bluff School
District’s ability to provide an adequate education to its students and severely impacts business recruitment and retention
efforts.

The following bullet points represent irrational decisions and circumstances that correlate to our current academic
standing:

On March 29, more than 150 patrons attended the Pine Bluff School District facilities meeting. At that time,
Superintendent Warren was met with excellent resistance when expressing what she referenced as her “wild hair” idea to
relocate the high school to the Belair Campus for safety reasons. This proposal has rocked our community! The mere
conversation around relocation distracts us from addressing our severe decline in academic achievement and delaying the
immediate need to build. The state board of education approved the official high school construction plan in August of
2021. The District is now eight months behind on constructing, razing and renovating facilities to provide a conducive
educational environment.

Crime cannot be the reason we retreat. Running in the face of crime and unsafe conditions only furthers the demise of our
community. Pine Bluff is in a season of confronting challenges with probable solutions. The public-private partnership
between the city of Pine Bluff and GFPB welcomes the opportunity to develop a comprehensive plan. We have proposed
recommendations that will shift the District’s academic, culture, and climate outcomes in the recent past. Working with
the public-private partnership will create opportunities to identify external revenue sources that support the school and
facility improvement. Working together will also allow us to determine the necessity and feasibility of a millage increase
collectively. This work should take place sooner instead of later. If a millage is necessary and feasible, it can occur in
conjunction with the Watson Chapel School District election in August of 2022. We must work to bring closure on this
topic and double down on improving academic outcomes.

Further, we ask that you move aggressively in returning the Pine Bluff School District to a fully elected board. Go Forward
Pine Bluff will do its part to ensure individuals are professionally developed for those board positions.

A free quality education for every child is a foundational principle of American society and a right guaranteed by the
Arkansas Constitution. Regardless of race, religion, income, disability, every child deserves an equal opportunity to learn
and succeed. However, the Pine Bluff School District’s current outputs regarding academic excellence, teacher quality,
school culture, extracurricular offerings, and facilities run counter to the state’s Constitutional promise. And because there
are rational solutions to our challenges not being implemented, the current situation is beyond a state of emergency.