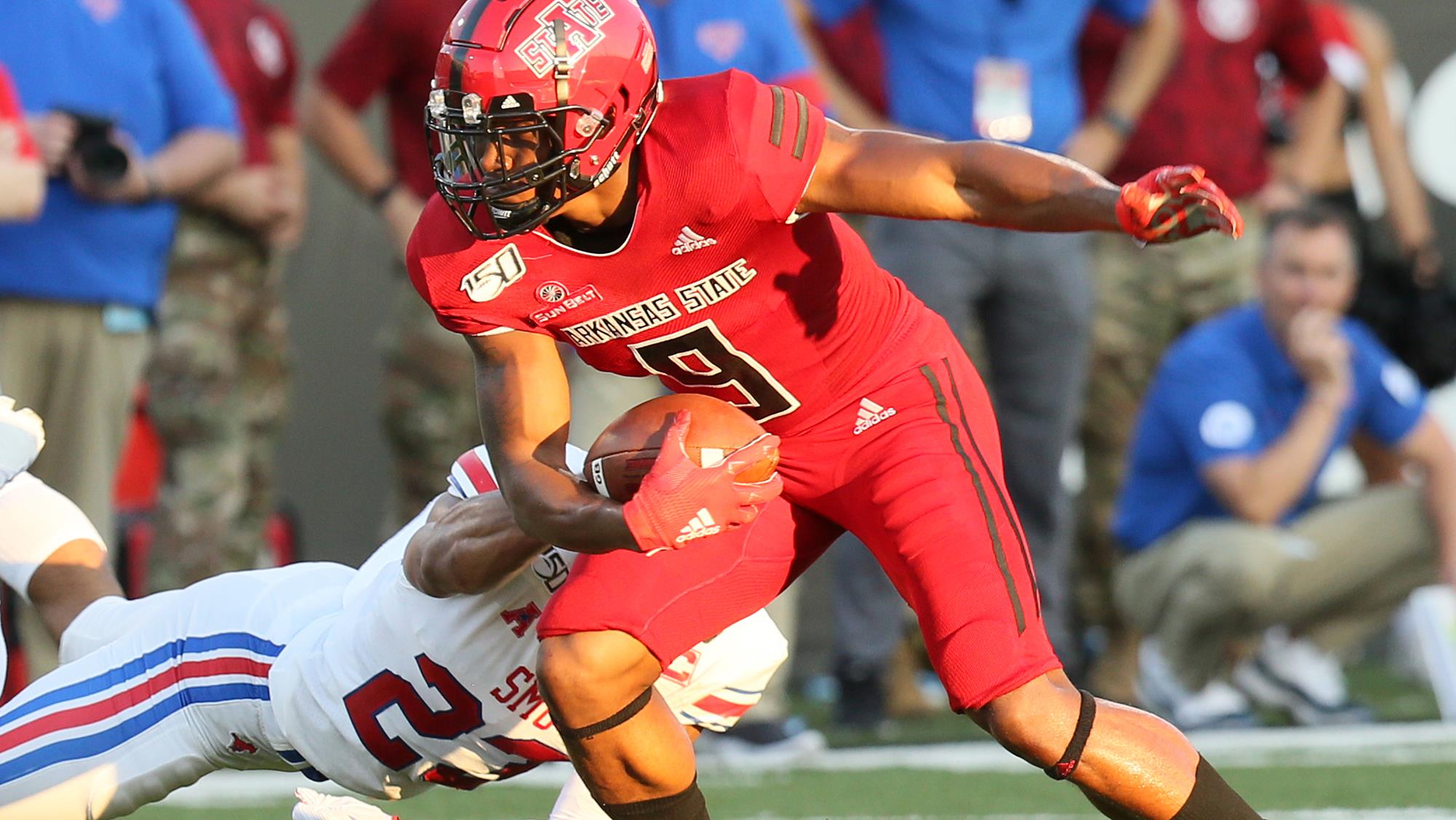 In addition to the FWAA, Adams has also garnered second-team All-America recognition this year from the Sporting News, Associated Press and CBS Sports.  He has also been tabbed an Honorable Mention All-American by Pro Football Focus (PFF).

The Sun Belt Conference Offensive Player of the Year and a Biletnikoff Award semifinalist, Adams ranks third in the nation in total receptions (79) and touchdown catches (12) and fifth in receiving yards (1,111).  Both his 7.9 receptions per game and 111.1 receiving yards average rank ninth in the country.

The Jonesboro, Ark., native was twice named the Sun Belt’s Offensive Player of the Week this season while being selected to the East-West Shrine Bowl and receiving a Hula Bowl invitation.  He posted five 100-yard receiving games that are tied for the sixth most in the nation and tied for the second most in both Arkansas State and Sun Belt Conference history.

Adams’ 1,111 receiving yards are the third most ever by an A-State player, while his 79 catches rank fifth in the school record books.  He was selected as the National Player of the Week by the Maxwell Award, 247Sports, Athlon Sports (offensive) and Frisco Bowl (offensive) after leading A-State to a 35-31 victory over Kansas State, when he posted eight receptions for 98 yards and a career-high three touchdowns, including the game winner.

Adams was responsible for at least five catches in every game this season and caught multiple passes in 25 consecutive games while climbing the career-records charts at A-State.  He ranks second all-time at A-State for receiving touchdowns (21), third for receptions (166) and fifth for receiving yards (2,306).  His 21 career touchdown grabs are also tied for the fifth most in Sun Belt Conference history.